The slow-motion meltdown continues for energy futures this morning as concerns about excess supply and slumping demand continue to pressure prices lower.

After selling off in nine out of the last 10 trading sessions, ULSD prices are now 30 cents lower than they were just two weeks ago, in the wake of Iran’s missile attack on U.S. troops in Iraq. Diesel futures are now approaching the $1.80 mark - a level that could prove to be pivotal for the next few months, as we’ve only seen ULSD settle below that mark a handful of times in the past two years.

That slump in diesel prices from seven month highs to four months lows in January has been bad news for refiners who were counting on strong diesel spreads – mainly due to the IMO 2020 spec change – to make their year, and instead are seeing cracks reach 18 month lows. See the chart below on a U.S. refiner ETF for a hint on how those companies’ stock prices have performed.

The IEA’s executive director was interviewed at the World Economic Forum Tuesday, and said the agency expects a one million barrel/day surplus in the front half of 2020 will keep a lid on oil prices, as it has recently in spite of unrest in Iraq, Iran and Libya.

A report from Goldman Sachs suggested the outbreak of Coronavirus could drive a 260mb/day decrease in global oil demand (roughly ¼ of 1% of the world’s total) which might drive crude prices down about $3/barrel. It’s worth noting that Jet fuel consumption is expected to be hit hardest as travel restrictions will be put in place to prevent the disease from spreading. The report did not include an estimated impact on demand for limes.

The weekly inventory reports are delayed a day due to the MLK holiday, so we’ll get a look at the API estimates later this afternoon, and the DOE’s data tomorrow morning. 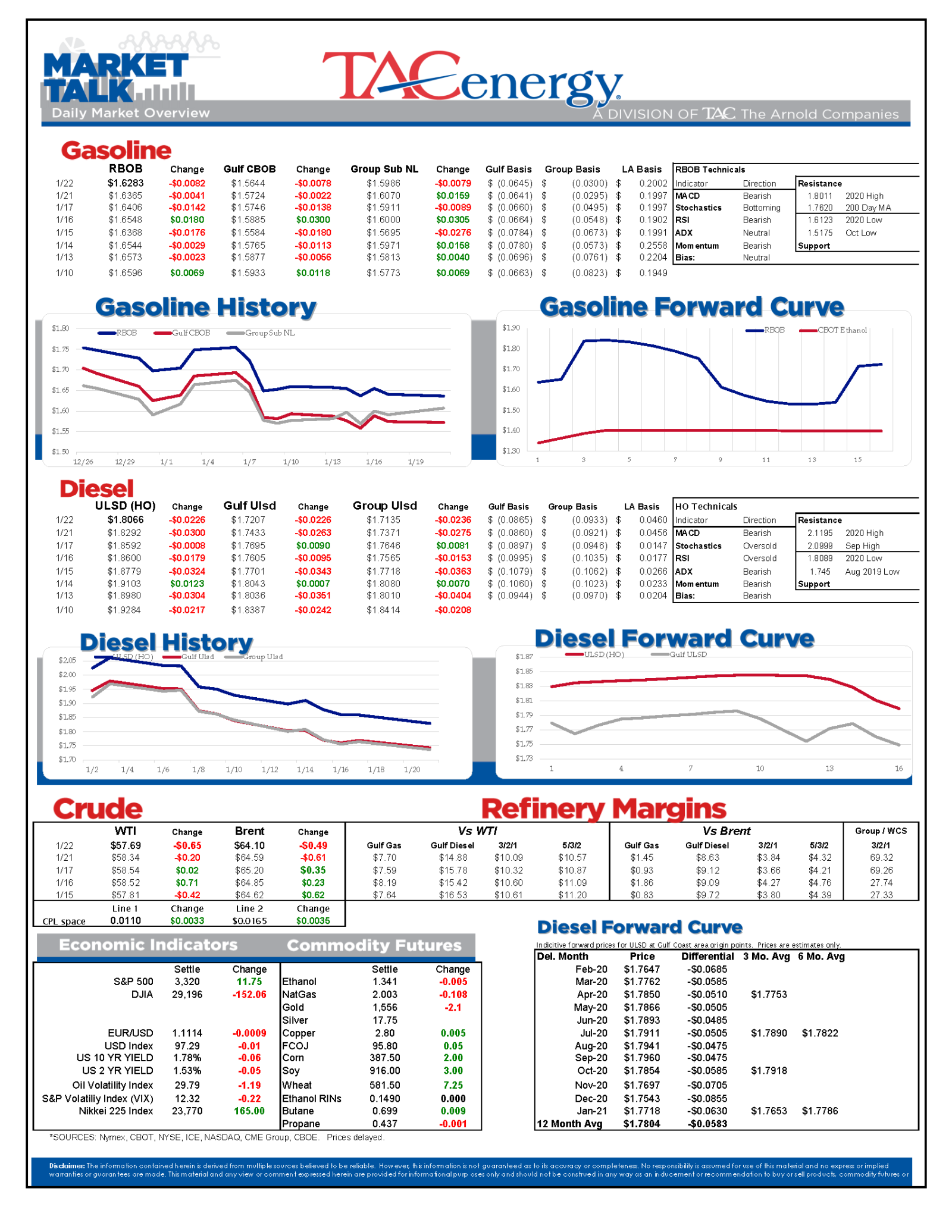 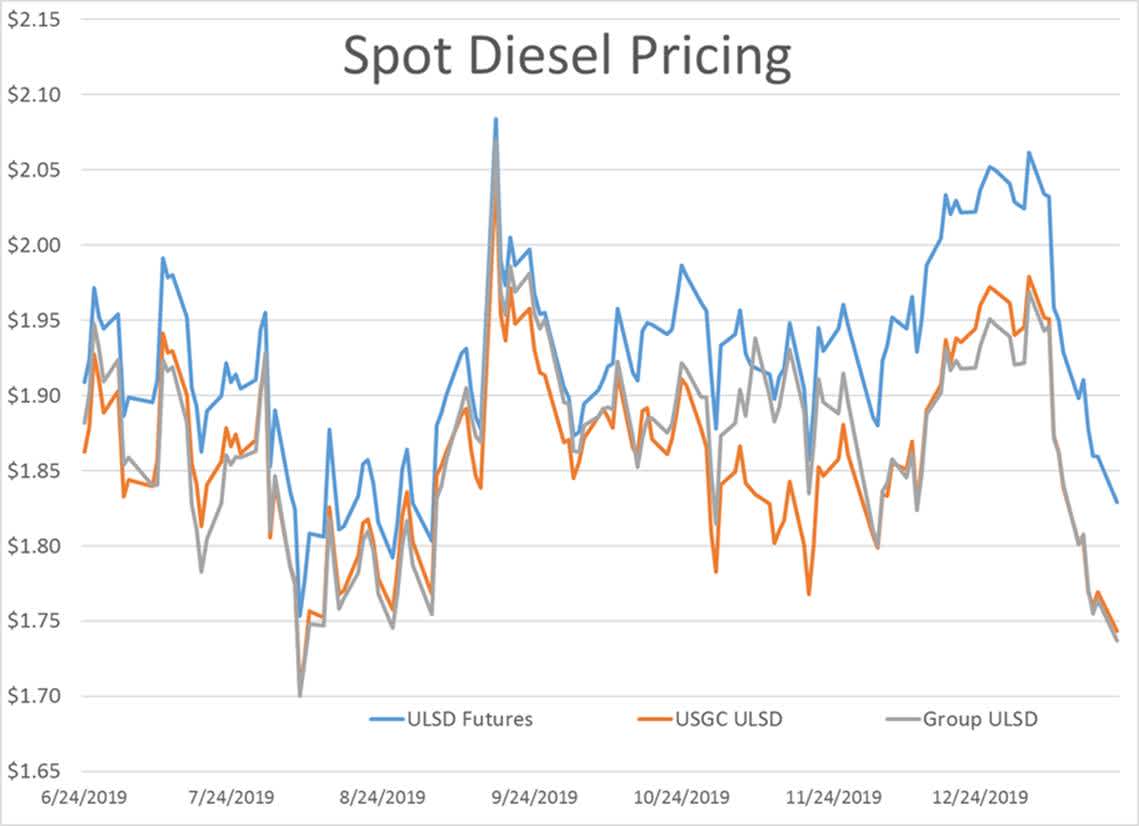 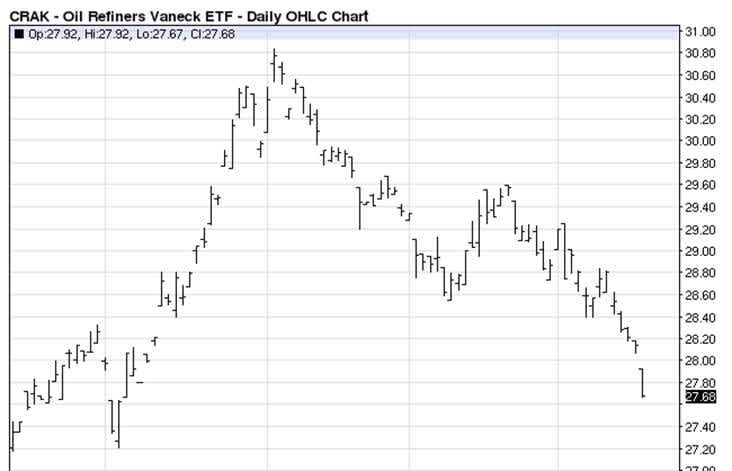