A smorgasbord of bullish headlines has pushed the energy complex higher this week, this morning being no different. Rising tensions with Iran, the last update having the White House call an air strike then cancel, equities reaching record highs on dovish monetary policy, and now a massive explosion and fire at PES’s south Philadelphia refinery has prices rallying to monthly highs.

So far there are no injuries reported as a result of the malfunction which is quite surprising given the sheer size of the explosion. Philadelphia Energy Solution’s complex is the largest of its kind on the East Coast, capable of producing 335mb per day, and NYMEX prices are reacting accordingly. There hasn’t been any physical product trading reported so far this morning but prompt month gasoline futures have rallied over 7.5 cents in early morning trading with diesel futures ‘lagging behind’ and only adding 4 cents.

The three alarm fire is reported to have been contained, no update yet on damage or estimated repair time. Since the issue originated in the complex’s butane vat, the refinery’s downtime might not be as long as one would imagine with an explosion that could be felt in neighboring states.

Prices have pulled back slightly from their highs today but have blown through yet another technical resistance level this week. Both gas and diesel settled higher than their respective 20-day moving averages yesterday and have overtaken their more significant 100-day averages with this morning’s buying. Finishing the week above that level leaves prompt month contracts technically open at add another dime next week. However, bearish fundamentals, especially if this morning’s events turns out to be more bark than bite, could temper buyer enthusiasm. 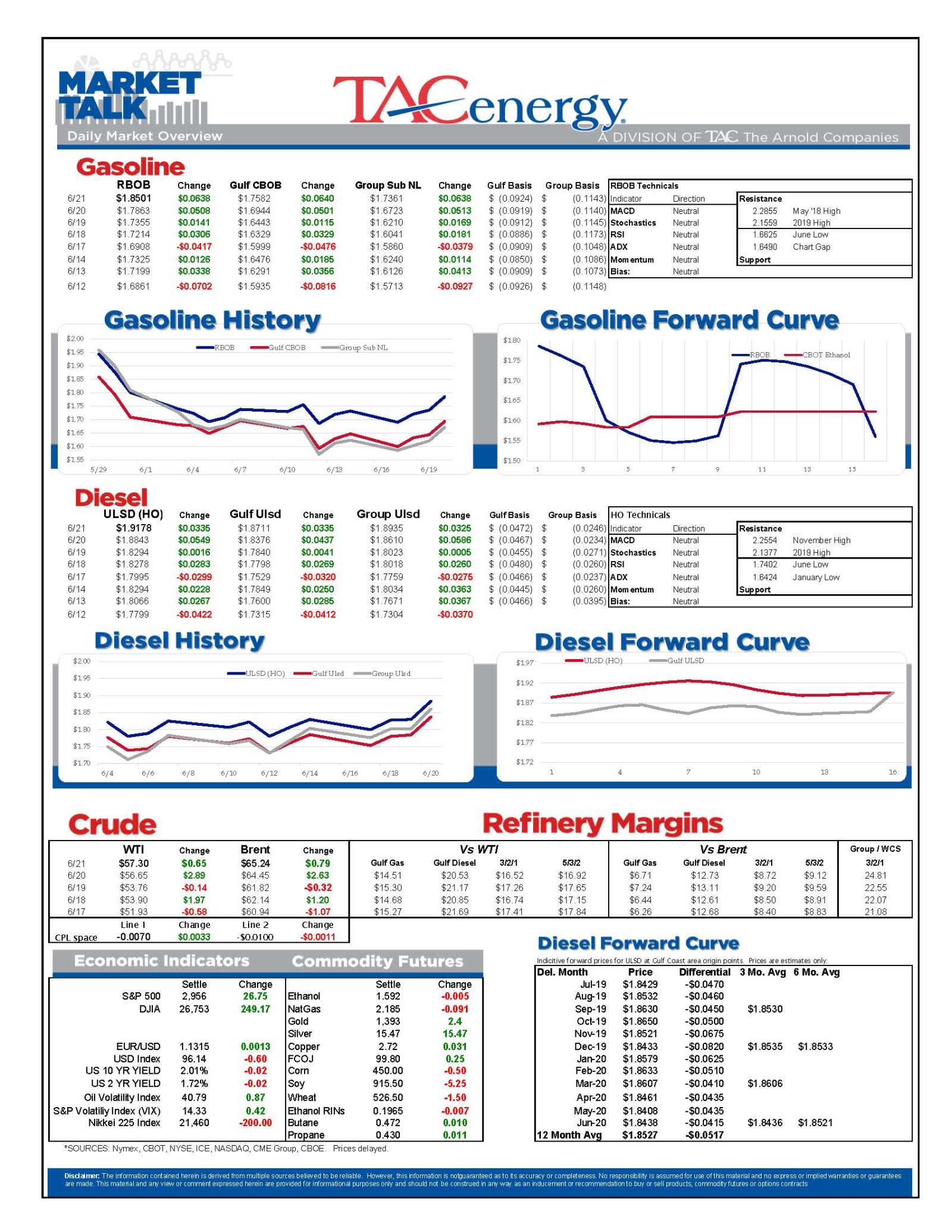