Starting November On A Strong Note

After ending October with a thud, energy markets are starting November on a strong note with gasoline and diesel futures both pushing 2.5 cent gains in the early morning, after trading close to flat overnight.

The October Jobs report seems to have contributed to the early buying spree as a “good enough” increase of 128,000 non-farm payrolls seems to have staved off fears of a recession for another month. While both the headline and “U-6” unemployment rates ticked up from their 50 year lows reached last month, the payroll counts for August and September were revised higher by a combined 95,000 jobs, which are just more data points to fend off the pessimism that’s been an undercurrent in markets for much of the year.

Speaking of “good enough” economic signs, the Dallas FED’s Houston business cycle report shows that the oil-capital’s economy is still growing, albeit at a slowing pace. One potential bright spot for the region was highlighted in a Bloomberg report noting that several Canadian oil companies are moving more operations to the US oil hub.

After taking its annual 9-month break, prices for space to ship diesel along the Colonial pipeline have soared in recent days as the East Coast deals with tighter than normal supplies, while Gulf Coast basis values have plummeted. While both of these moves are consistent with seasonal patterns, it seems likely we could see more volatility this year than normal as numerous questions surrounding the IMO diesel spec change still need to be answered. 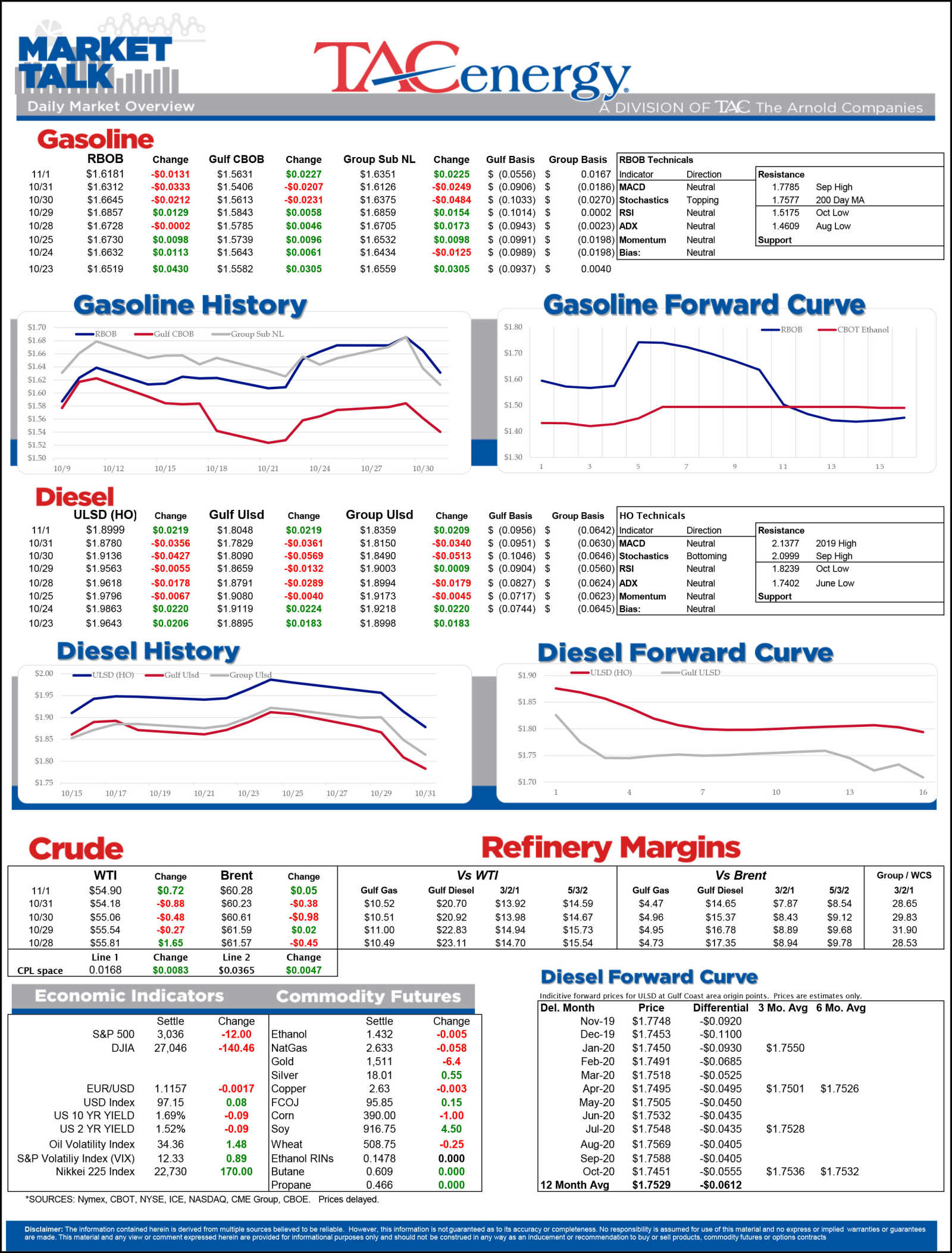 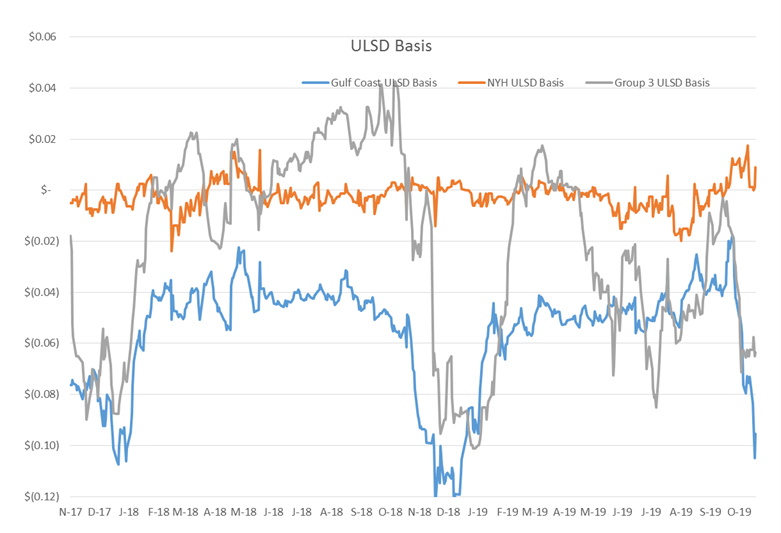