Steam Knocked Out Of Rally In Energy Futures Overnight

Another bearish inventory report knocked the steam out of the rally in energy futures overnight, pulling oil and diesel prices back from the 3 month highs reached in Tuesday’s session.

The API was reported to show large inventory builds across the board last week, with US crude oil stocks up 4.7 million barrels on the week, gasoline up 5.6 million barrels and distillates up by 3.7 million barrels. The DOE’s weekly report is due out at its normal time this morning, then will be released on Friday at 11 a.m. Central time the next two weeks due to the Christmas and New Year’s holidays.

Today’s inventory report could be the last chance to see a big move in prices before trading activity winds down for the holidays. If the energy complex can manage to erase the early losses today, there is still a chance for a technical breakout to the upside this week, but if they can’t, it looks like we might see values limp into the end of the decade.

The government spending bill passed the House early Tuesday and is expected to be voted on by the senate early Tuesday. The most notable impact to energy markets is the biodiesel tax credit that’s proposed to be approved from Jan 1 2018 – Dec 31 2022. The reaction in Bio RIN values was dramatic, will values dropping to 38 cents/RIN down from 65 cents just a few weeks ago. 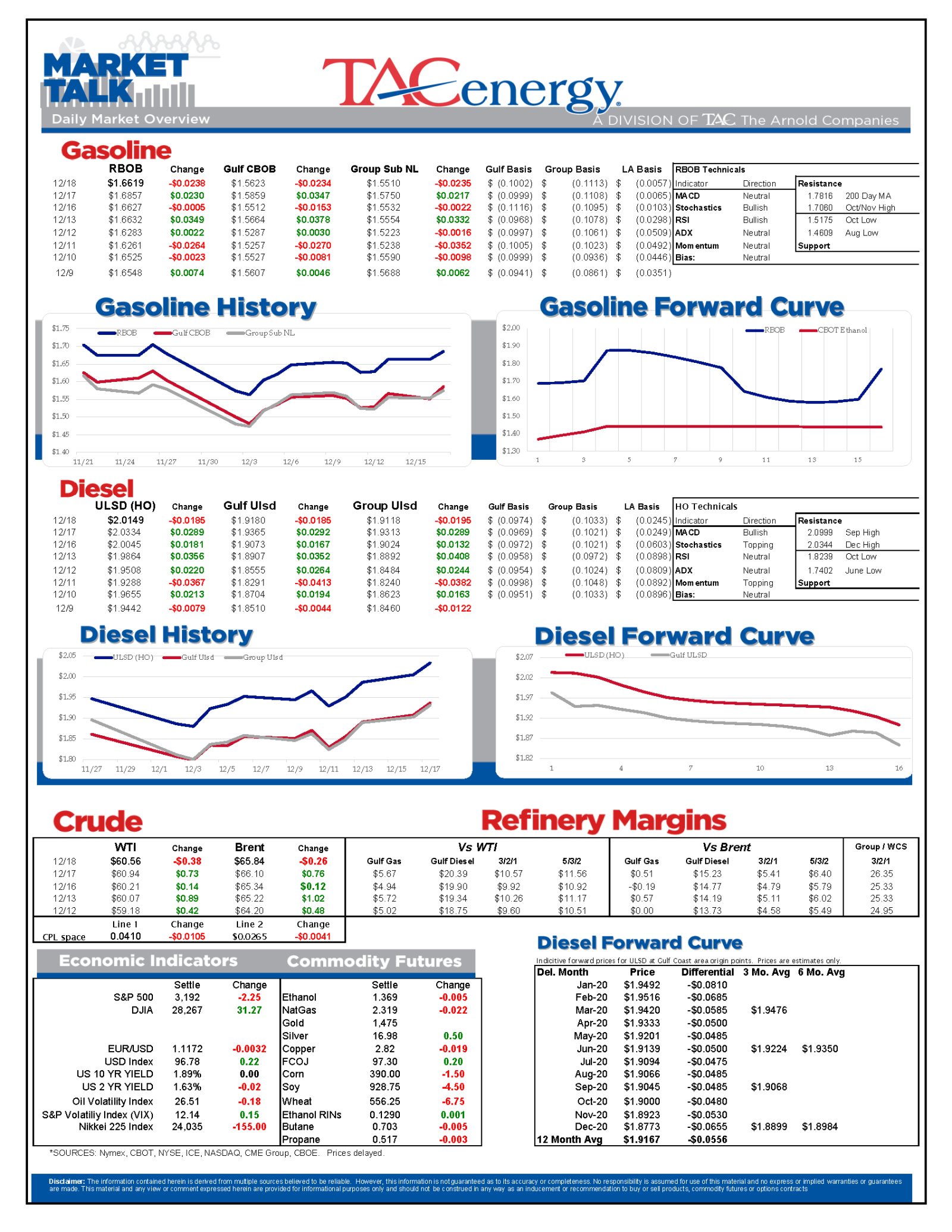 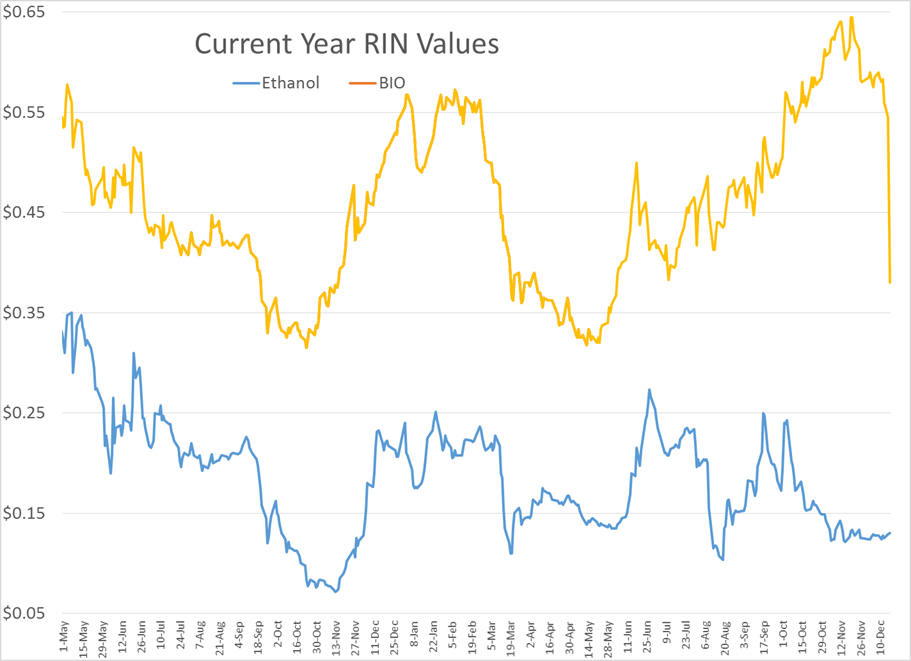