Stock Markets Continue To Bounce Around

Reports of extended OPEC production cuts and a war of words between Iran and the US over the weekend have not been enough to sustain an overnight rally in energy prices, as most contracts have now dipped into the red. Stock markets continue to bounce around in a similarly volatile pattern as trade concerns continue to linger.

The OPEC & Friends meeting Sunday brought reports that the cartel would hold its current output cuts in place through the end of the year. The group continues to leave the door open to further adjustments, which makes sense given the high levels of uncertainty surrounding production from Iran, Venezuela, Libya etc.

Just a few days after the US evacuated personnel from Iraq, a rocket was fired on the Green Zone in Baghdad, although no injuries were reported.

Gasoline prices are leading the move lower, as cash markets across the country are signaling that supplies are healing as basis differentials have dropped substantially over the past week in most US spot markets. An initial test for RBOB futures this week will be the $2 mark, which may decide if we test the May lows at $1.92, or if they can make a run back at the April highs of $2.14

Money managers remain cautious in their energy betting with WTI’s managed-money net length declining modestly for a 3rd week, while Brent snapped a 9-week streak of increases with a small reduction in the latest COT report. Speculators remain mixed in refined products as well, with ULSD contracts dropping back to a net-short position held by money managers, while RBOB saw a small increase, and continues to hold near the top end of its seasonal range.

Baker Hughes reported a decline of 3 active oil rigs last week, bringing the US total to its lowest level since March 2018 with 802 active rigs. As has been the case for most of the year, the Permian basin accounted for the majority of the change, 3 rigs being taken offline last in that region, while none of the other major shale plays changed in either direction by more than 1 rig.

The EIA this morning is taking a look at the collapse in Venezuelan oil production, predicting that the country’s output will continue its declines through 2020. 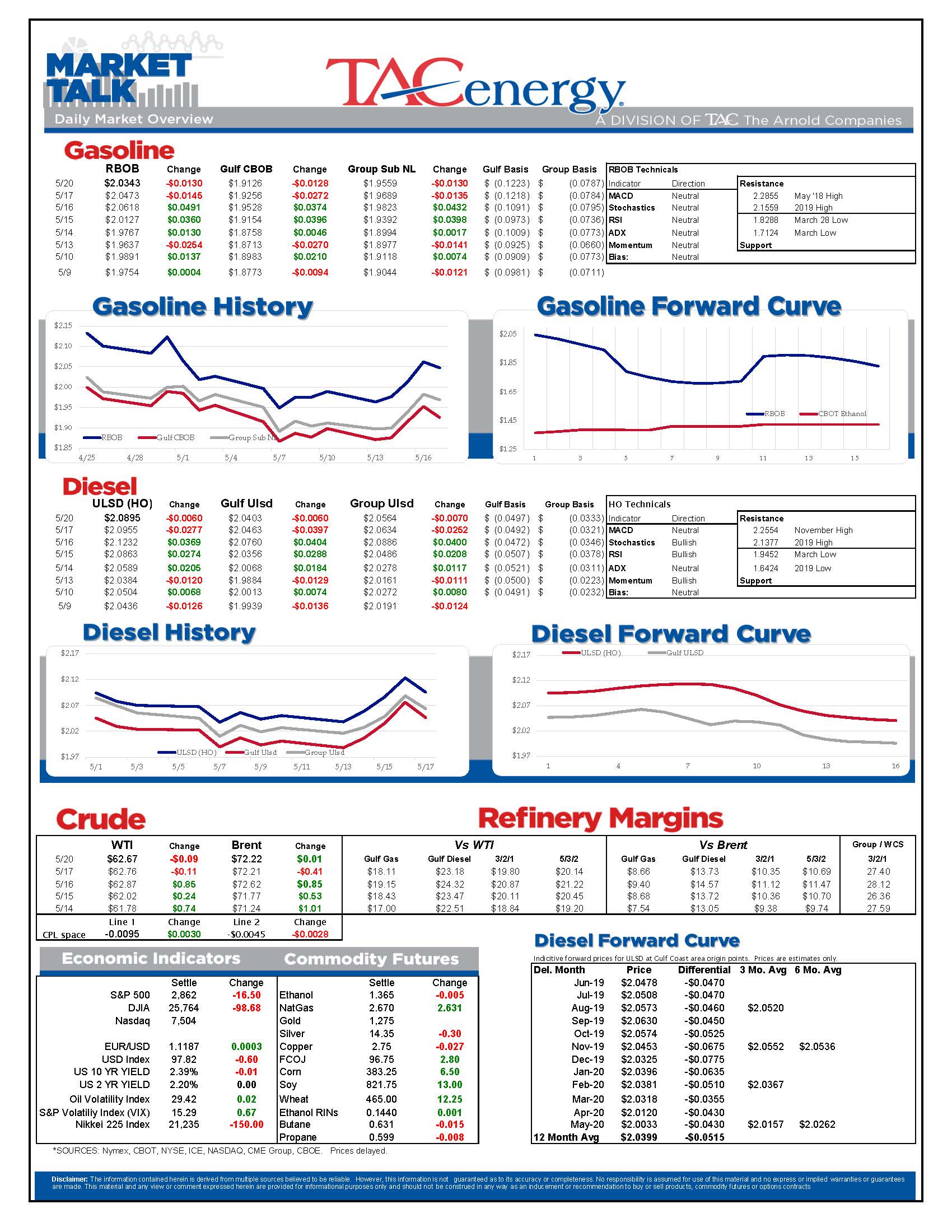 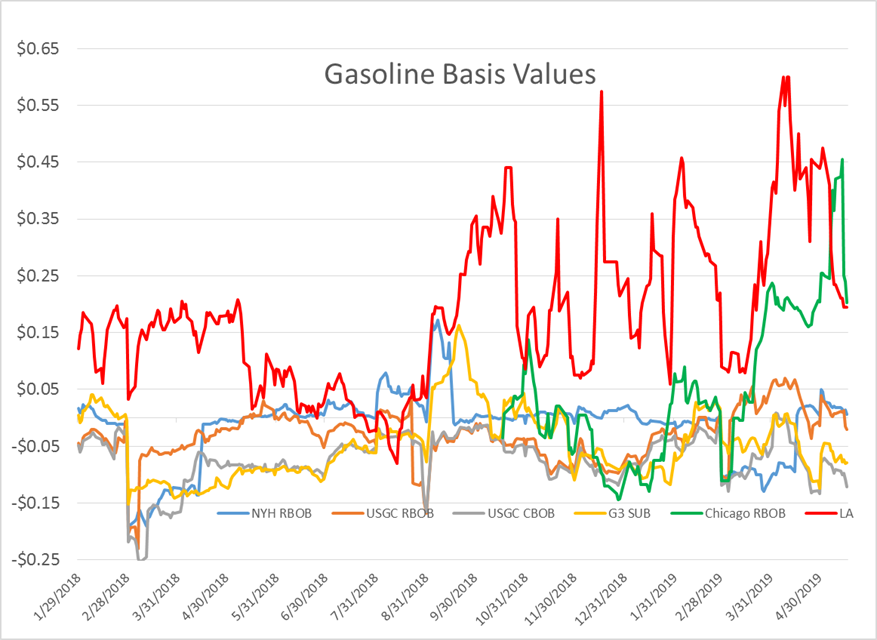 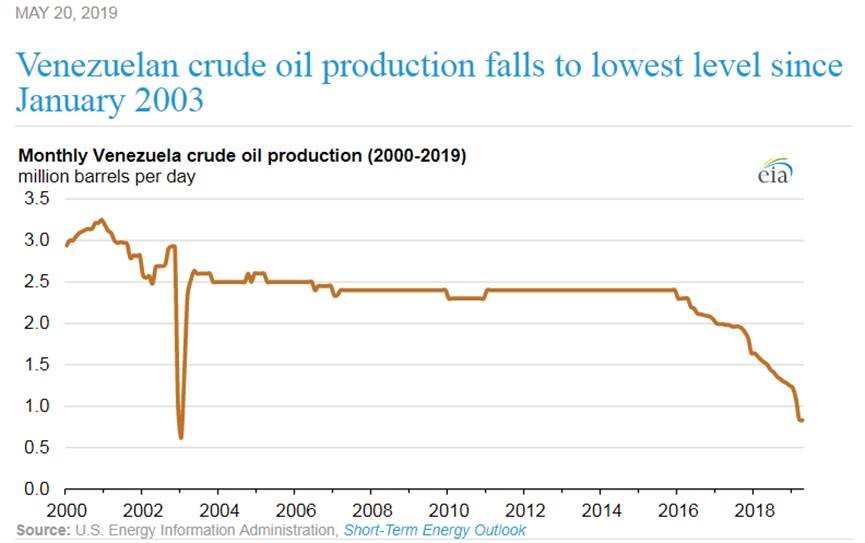