A variety of supply disruptions over the past few days have energy prices pushing 2% gains this morning, even while US stock indices are facing 2% losses. Friday saw reports of several refinery issues due to storms in the Houston area, then the Houston ship channel was forced to close due to a vessel collision and spill. Sunday brought reports that 4 ships were sabotaged, 2 of them Saudi Oil tankers, off the coast of UAE, near the Strait of Hormuz. While it’s still unclear exactly how those attacks were carried out, or who committed them, it appears to be an escalation in the building tensions between Iran and US allies.

While energy prices are rallying, stocks markets are facing a steep selloff with DJIA futures down 500 points after reports that China announced a new round of retaliatory tariffs on US imports. It’s unclear what goods would be targeted, but the move suggests that any hopes for negotiators to prevent this escalation in the trade war are futile.

Although it’s clear today that concerns of a shooting war with Iran are outweighing concerns of a trade war with China, it still feels as though energy futures may be pulled lower if the sell-off in equities picks up the pace, and those two stories are likely to remain the most important influencers of prices near term.

Money managers seem conflicted on their positions in energy futures, with Brent crude seeing a small increase in speculative net length, marking 9 straight weeks of modest gains, while WTI, RBOB and ULSD all saw a decrease in the net bets on higher prices. What’s clear from the COT reports however is that the few days of heavy selling we’ve seen in the past 2 weeks has not sent money managers heading for the exits, and with tensions in the Middle East once again approaching a boiling point, it would not be surprising to see more funds get back in the game this week.

Baker Hughes reported a decline of 2 oil rigs in the US last week, with the Permian basin once again appearing to account for the total decline. 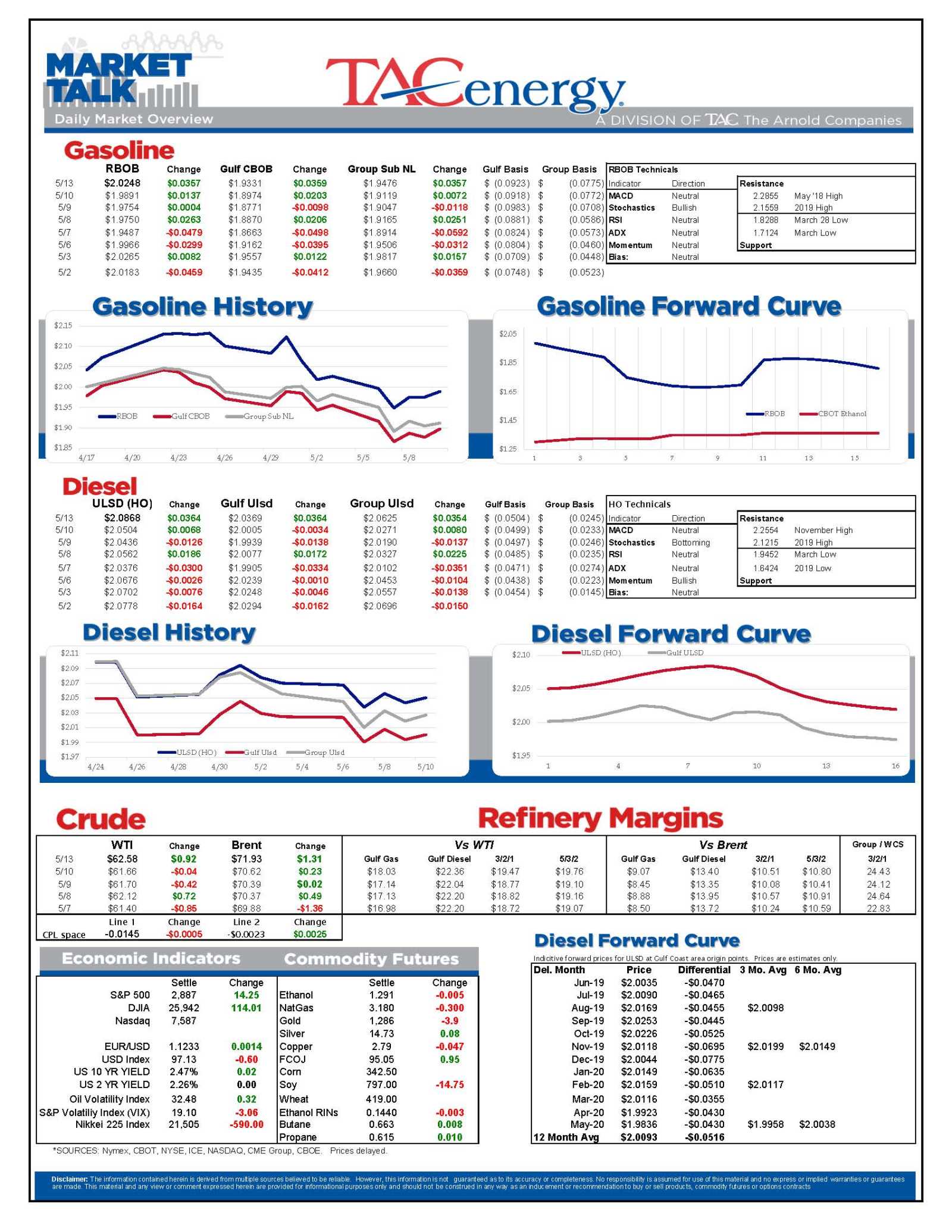 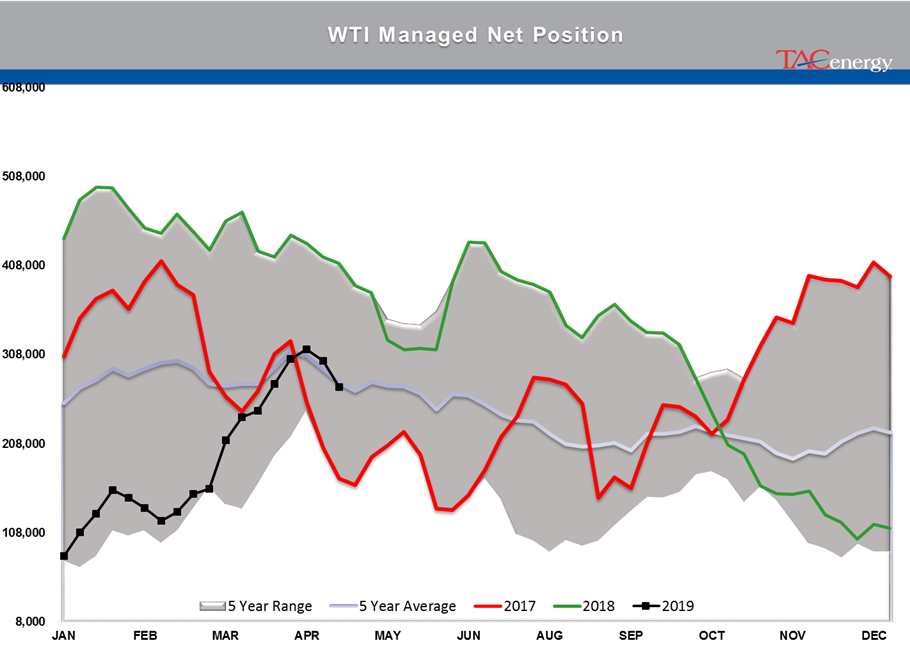 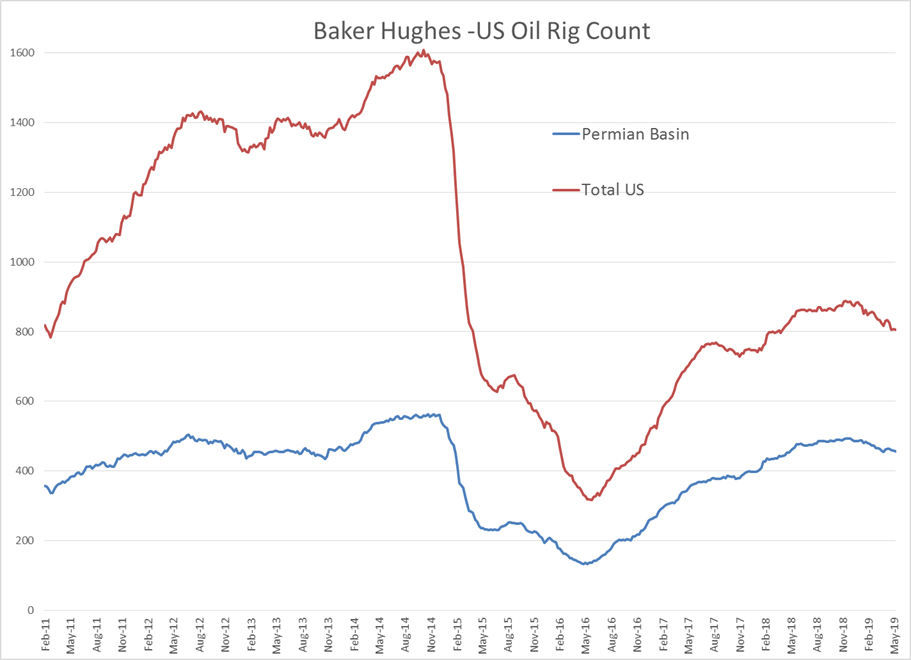