Look out below?  Demand fears seem to be outweighing supply fears to end the week with both energy and equity market heading sharply lower in overnight trading.

The bulls haven’t thrown in the towel however as losses of 7 cents for refined products have turned into only a 1.5 cent decline for RBOB and less than a ½ cent for ULSD by 8am central.   Those sharp bounces overnight set up some good short term chart support just under $2.40 for RBOB and $2.60 for ULSD to determine if we’re just correcting a stronger move higher or calling an end to the winter rally.

It would be easy to attribute some of the selling, especially in gasoline, to another large inventory build reported by the DOE Thursday, but that would be inconsistent with the timing of the selloff.  In fact RBOB prices continued to rally Thursday after the DOE report, and didn’t start to pull back until equities started tumbling late in the afternoon.

That DOE report also gave the diesel bulls more to hang their hat on as the government’s demand estimate surged (which may mean they didn’t poll the western 2/3s of the US) and days of supply dropped to just 28 days, well below the low end of the seasonal range.

Sticking with the lookout below theme:

West Coast gasoline basis values have plummeted 30 cents or more in the past couple of weeks as refineries in the region seem to finally be getting healthy, just when the extra supply isn’t needed.

Ethanol RINs have been tumbling all week but seem to have finally found a bid around the 95-96 cent range, some 35 cents below their highs from less than 2 weeks ago. 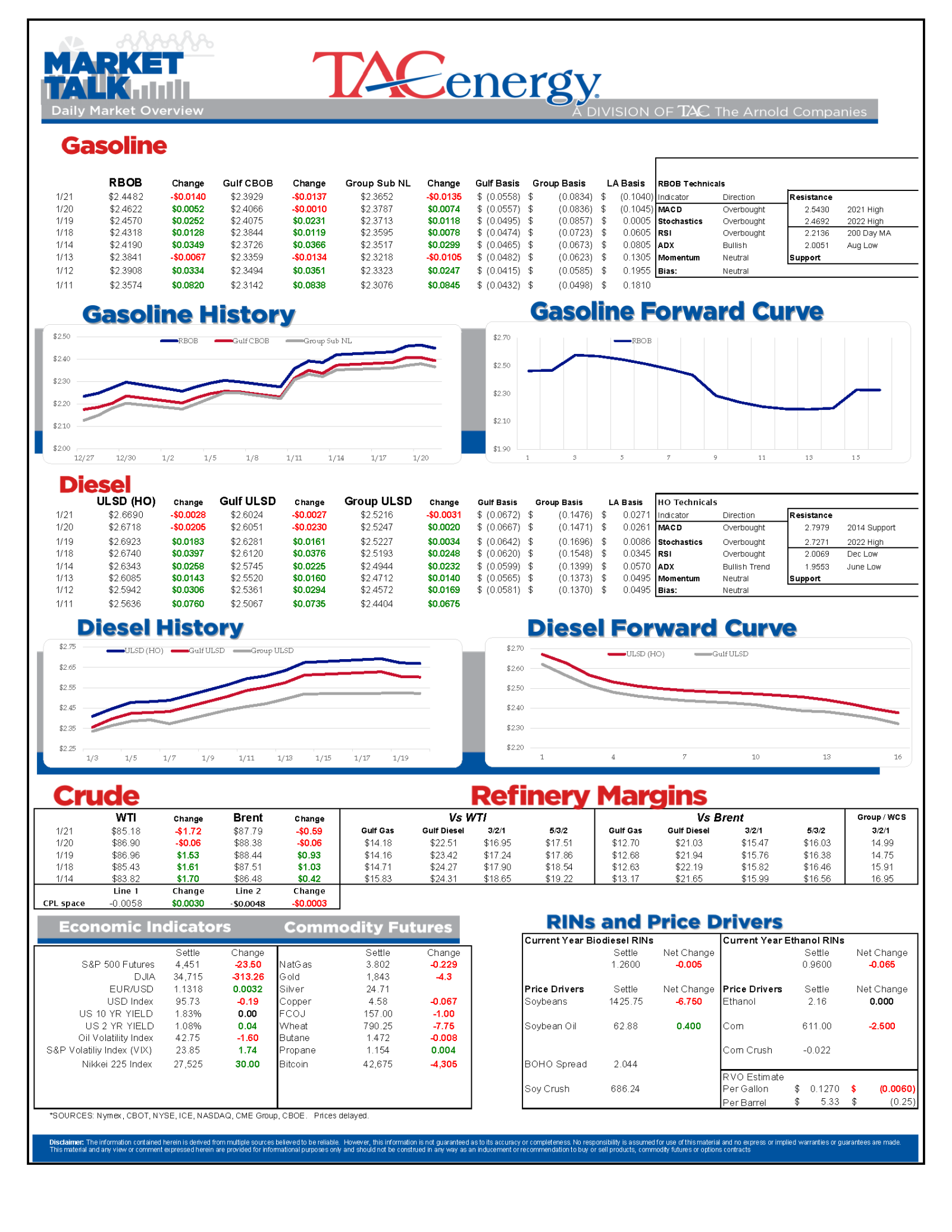