Oil prices have bounced nearly $4/barrel, and refined products by a dime since Monday’s lows as a combination of supply issues seem to have put the Omicron demand fears on the back burner temporarily.

Part of the bounce is being blamed on Libya declaring force majeure on its oil exports Monday as several of the country’s largest fields were closed by militants ahead of the country’s election, which may or may not happen this week. OPEC has already been struggling to meet its output quotas, compared to pre-COVID when it struggled to keep its members from over-producing, and these shutdowns will only make that issue worse.

European natural gas prices are also soaring this week as cold weather arrives just in time for Russia to remind the world of its supply power by reversing flows on a pipeline that supplies Germany. While the supply crunch in Europe and Asia were often blamed for propelling oil and diesel prices higher earlier in the year, the Reuters chart below shows that US natural gas prices haven’t flinched during this latest price spike, which could be a reflection that LNG exports from the US simply can’t move fast enough to supplement during these winter weather events.

Stock markets are also rallying after 3 days of heavy selling, with plenty of guesses as to why, but little in the way of actual news to support the sudden turnaround. That begs the question for the rest of the week, is this a short term correction or the end of the Omicron fear selloff?  For energy contracts, look to the trend lines once again for the answer, with the weekly charts showing that RBOB needs to climb above $2.15 and ULSD above $2.25 to consider this move anything more than a dead cat bounce.

The EPA announced its new fuel economy standards for passenger vehicles Monday, which it called the most ambitious ever, and would require average an increase from the 2020 record of 25.4mpg to 40mpg by 2026. The plan focuses on model years 2023-2026, and estimates that electric vehicles will need to increase from 7% of the new vehicles produced in 2023 to 17% in 2026, on top of new technology in gasoline engines, in order to reach the standard.

Meanwhile, it looks like the EPA will get another chance to shut down the refinery formerly known as Hovensa, as a new auction has resulted in yet another company planning to attempt to restart the twice bankrupt facility. 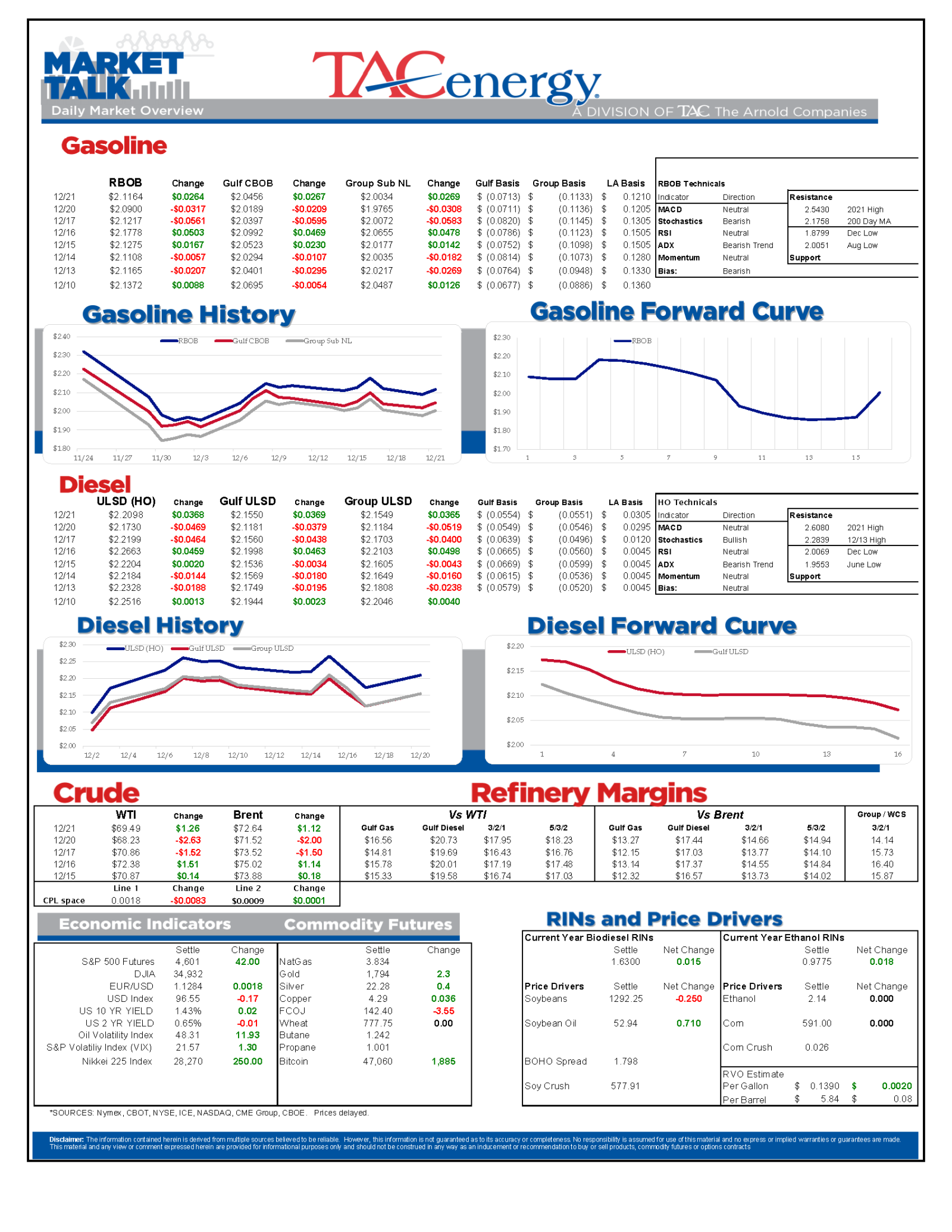 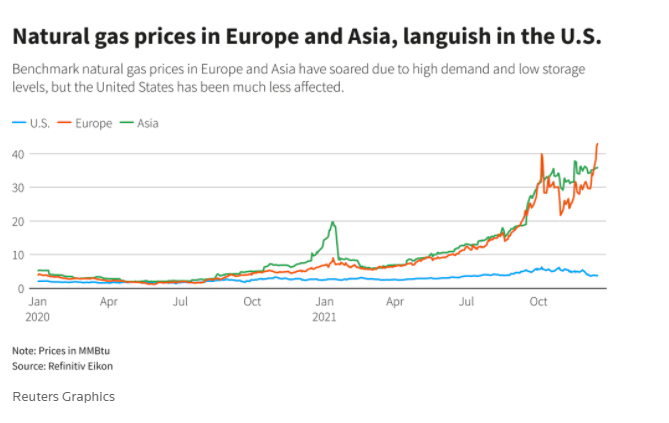 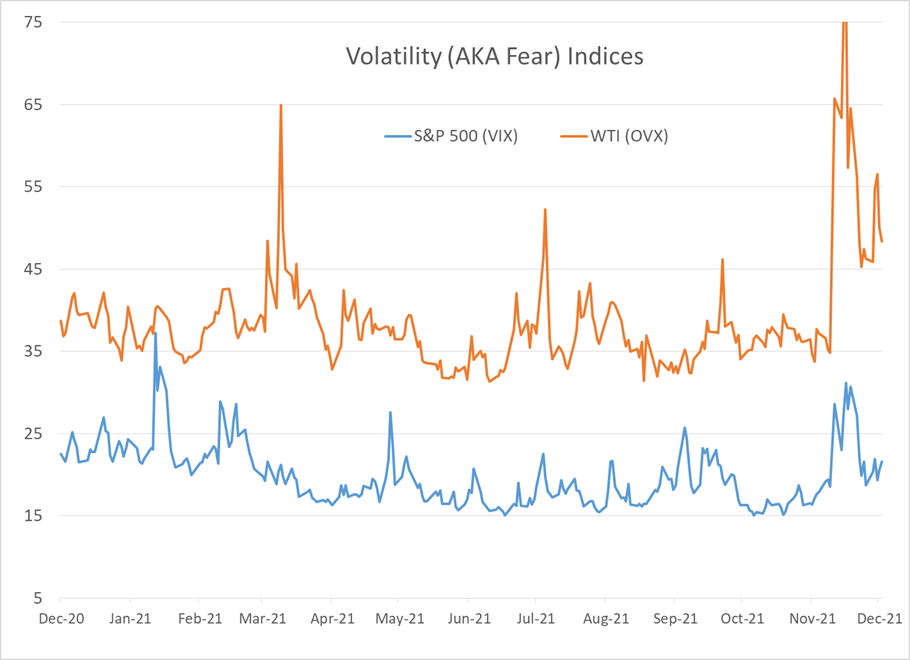