The energy complex is climbing again this morning after yesterday’s reversal started this week off with across-the-board gains. The ‘big three’ American benchmarks (gasoline, diesel, and crude oil) are all posting ~1.2% gains so far today, with gasoline and crude trading at fresh 7-year highs.

Optimism surrounding signs of the novelty coronavirus relenting in Europe is partial credit for today’s buying strength. An easing of restrictions in France (despite record positive cases in Germany) and the sustained decline of cases in the US have traders bidding up petroleum futures this morning.

Rumor is OPEC+ is going to stick to its planned production increases despite oil trading at levels not seen since the 2015 collapse. While the idea is for the cartel to increase production by four hundred thousand barrels per day in March, actually hitting that target might seems more difficult than it sounds considering the struggles member nations had meeting quotas last month.

The EIA published an interesting (if not seemingly counter-intuitive) note this morning highlighting a drop in propane prices due to a “mild” start to the winter. We might see that rebound in short order, however, as a new winter storm has an entire swath of the country in it’s sights, including many states that use propane as a primary or supplementary heating source.

The American Petroleum Institute estimated an increase of nearly 6 million barrels of national gasoline inventory last week. The market seemed to expect the large build given one of the big centers for gasoline consumption was snowed in last weekend. Crude oil and diesel stockpiles were estimated to fall a tamer 1.5-2.5 million barrels last week. The Department of Energy will publish their weekly report at the normal time this morning (9:30 CST). 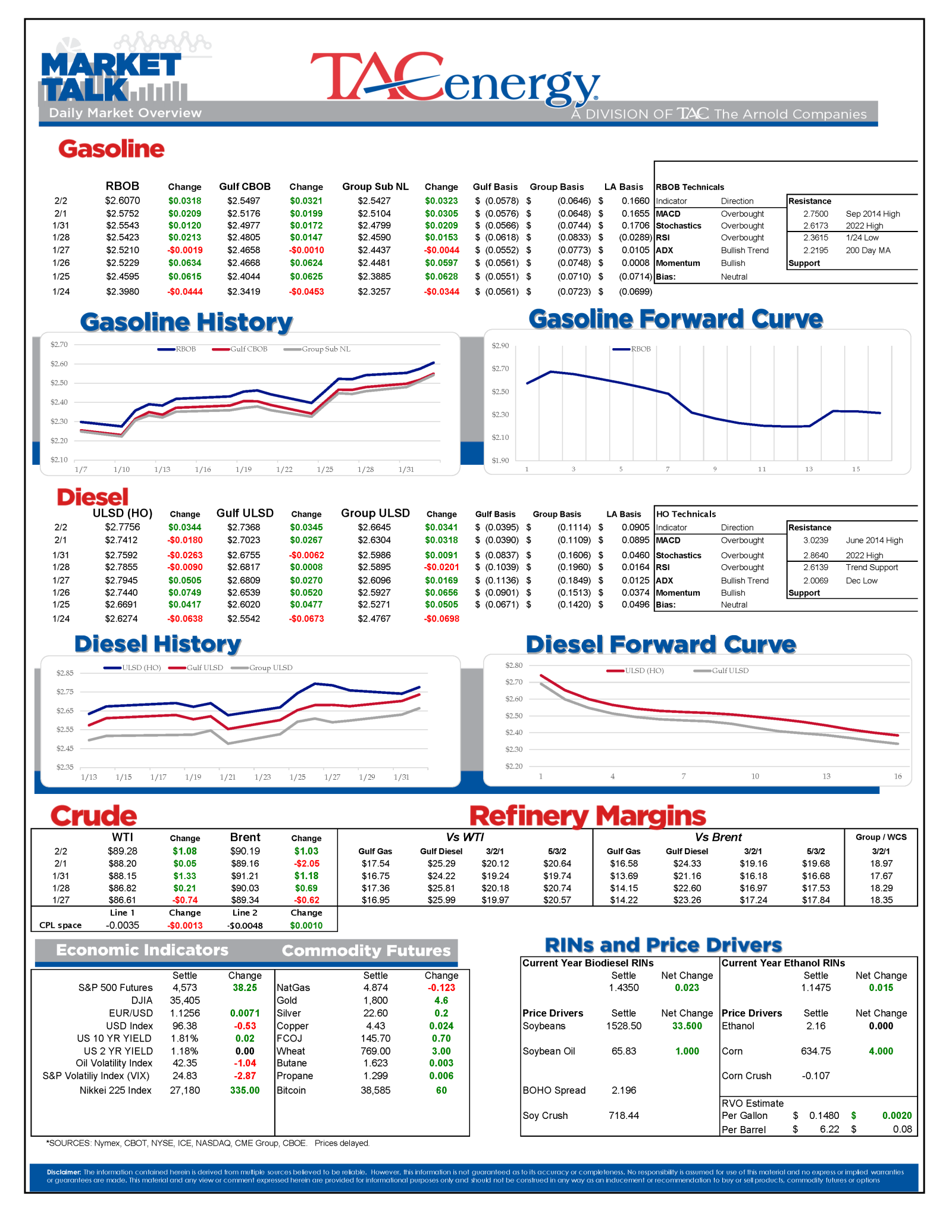