The rumor mill is in full swing and creating more big swings in energy prices this week.  While the Russian troop count debate rages on, new rumors that the US and Iran were “closer than ever” to reaching an agreement that would allow ½ million barrels of oil to quickly come back online seemed to spark another wave of selling Wednesday, only to see prices recover half of those losses after reports of shots being fired on the Ukrainian border.

RBOB gasoline futures have already had 4 different 5 cent swings since yesterday’s settlement, dipping below the $2.60 mark twice during those swings only to recover back around the $2.65 mark this morning. If the $2.60 range fails to hold support, the charts suggest we may be in for a quick move back into the $2.40s before the transition to summer-spec adds 15 cents to prompt values.

ULSD futures haven’t been quite as volatile overnight, which is surprising given the collapse in the calendar spreads from just under 14 cents to less than 6 cents over the past week.   The winter storm sweeping the country seems to be contributing to the relaxation of those time spreads as the temperatures aren’t expected to get close to what we saw over the past month for most of the southern half of the country, and pale in comparison to what many were dealing with a year ago today, and should allow diesel supplies a chance to catch up. ULSD did drop briefly below the $2.80 mark overnight, but have since bounced back, which may have saved the contract from a much larger drop, for now at least.

While the pullback in prices and lower time spreads may feel like a market breathing a sigh of relief, yesterday’s DOE report provides a cautionary note that there may be more supply challenges ahead. Inventories for Crude oil, gasoline and diesel in the US are all below the low end of their 5 year seasonal range – meaning stocks have never been this low in the past 5 years at this time – while total petroleum demand is approaching all-time highs, and we haven’t even approached the driving season yet. While outages are rare at this point, the drop in refining capacity from plants shuttering or converting over the past two years leaves the system more vulnerable than it’s been since the price spikes of 2008. 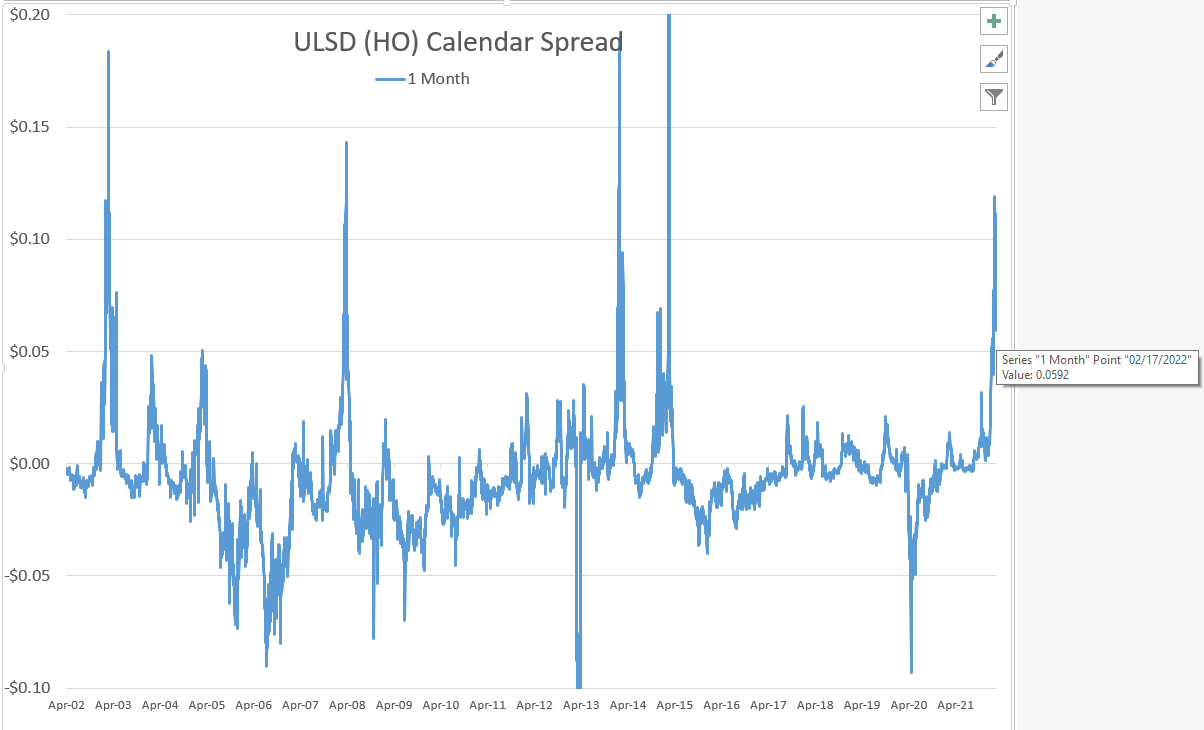