Early Rally In Both Energy And Equity Markets

Gasoline futures are making a run at one dollar this week, trading up eight cents/gallon this morning, after bouncing sharply off of trend-line support during Wednesday’s sell-off. Diesel prices are also up sharply today, but can’t keep pace with gasoline, and are well off their highs for the week following weak fundamental data.

Positive export figures reported by China seem to be contributing to the early rally in both energy and equity markets today, which is comical interesting given all that’s been made about that government falsifying data in recent weeks.

Gas vs. diesel spread trades are known as a “widow maker” as they were once thought to be a relatively safe seasonal play, only to show extreme volatility that would end careers. That volatility has been on full display over the past few months as gasoline prices plummeted to a 50 cent discount to diesel in March, only to rally to a premium today.

The uneven effects of the COVID-19 lock-downs are the main driver behind those wild swings, as diesel demand didn’t fall nearly as hard, but is now lagging the recovery seen in gasoline, as was on full display in the DOE reports this week.

Stagnate demand, and steady refinery output sent diesel inventories up more than nine million barrels for the week, completing the largest four-week build in history for distillates. Domestic diesel stocks are now holding north of 48 days’ worth of supply, compared with a seasonal five year average of 33 days.

Gasoline meanwhile has seen the opposite track the past two weeks, reversing from an all-time high of 51 days of supply to 38 days currently as Americans are beginning to hit the road again. The gasoline recovery seems more simple than diesel, as it will tie directly to the relaxation of stay at home orders, with the biggest risk being reopening too soon sparking a second wave of the virus. The equation is more complex for diesel, since U.S. producers rely on more than one million barrels/day of exports to countries that may still be in lock-down, and demand from mass transit systems that may be avoided for some time even when businesses reopen.

Crude oil inventories built less than many forecasts were predicting last week as refiners started increasing run rates, domestic output continued to be cut back, and exports remain surprisingly strong. That smaller inventory build kept total U.S. oil inventories below the record high set back in 2017, and when factoring in the capacity available in the SPR suggests that the industry is solving the storage puzzle. 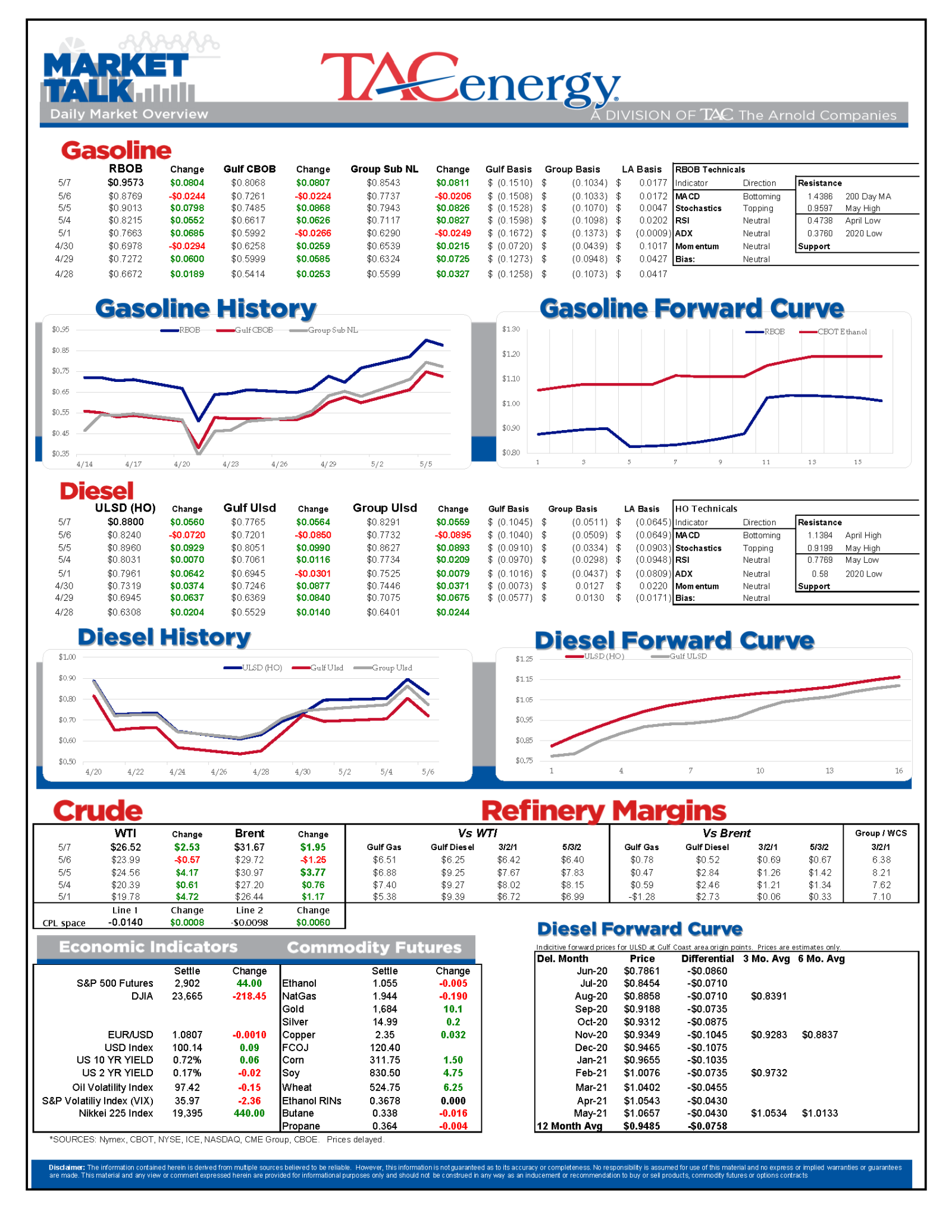 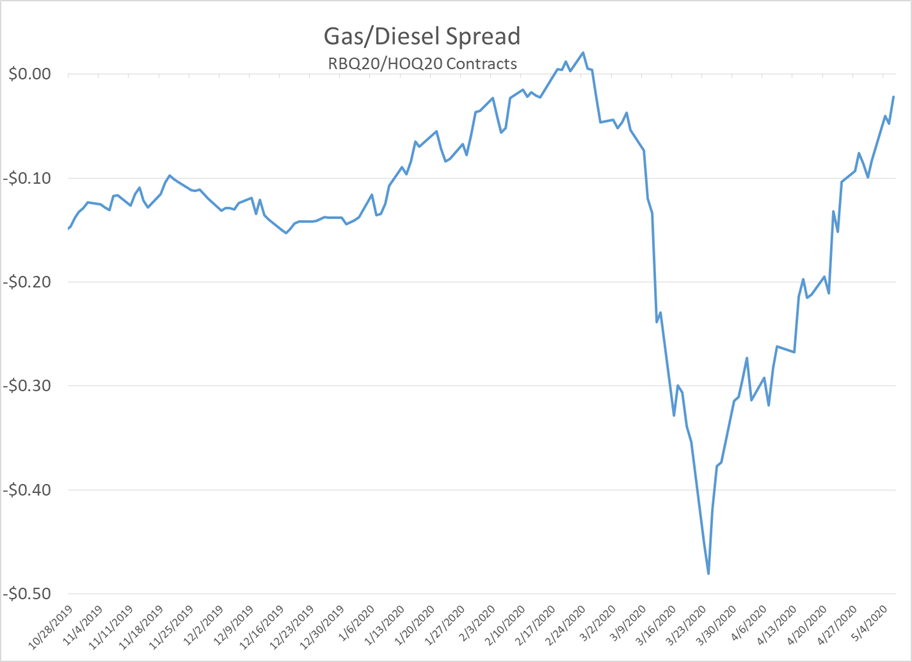 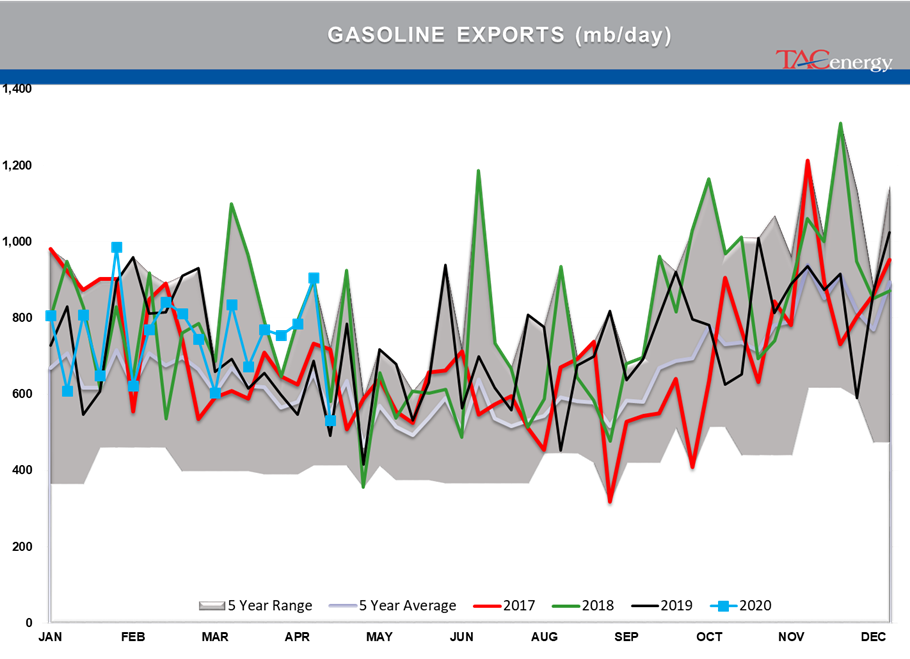