Energy prices appear to be calming after a spike in volatility over the past few weeks, and are starting off Friday’s session with modest losses. Prices remain in their sideways trading range, which means we’re likely to continue seeing back and forth action until a new trend develops.

U.S. equity markets meanwhile are having no problem finding direction, hitting fresh record highs this week, cheered on by signs that the economy continues to reopen even as pockets of the country deal with new COVID outbreaks, and in no small part to the $6 trillion or so in monetary and fiscal stimulus provided by the FED and Congress over the past year.

Too many imports? While most cash markets for gasoline have held relatively steady this week, basis values for NYH RBOB have dropped eight cents this week as it appears there’s too much higher RVP gasoline in the region just one week before trading switches over to the summer-grade products. There was a record surge in gasoline imports following the great refinery shutdown in February, and the Buckeye pipeline disruption in March, and this selloff suggests perhaps some suppliers are worried they brought in too much fuel from overseas and won’t be able to turn their tanks in time.

The EIA this morning is highlighting its STEO gasoline demand forecast that suggests consumption will be notably better than last summer, but still behind 2019.

It’s hard to read anything about the energy markets without a renewable component being factored in. A Reuters article this morning highlights the looming shortage of feedstocks for bio-based fuels as producers rush to take advantage of the lofty incentives available from the various federal and state programs that provide more than $5/gallon for some products depending on where they’re sold.

Another refinery casualty? Exxon announced Thursday it was considering shutting down its plant in Norway due to the overcapacity of refining in Europe. 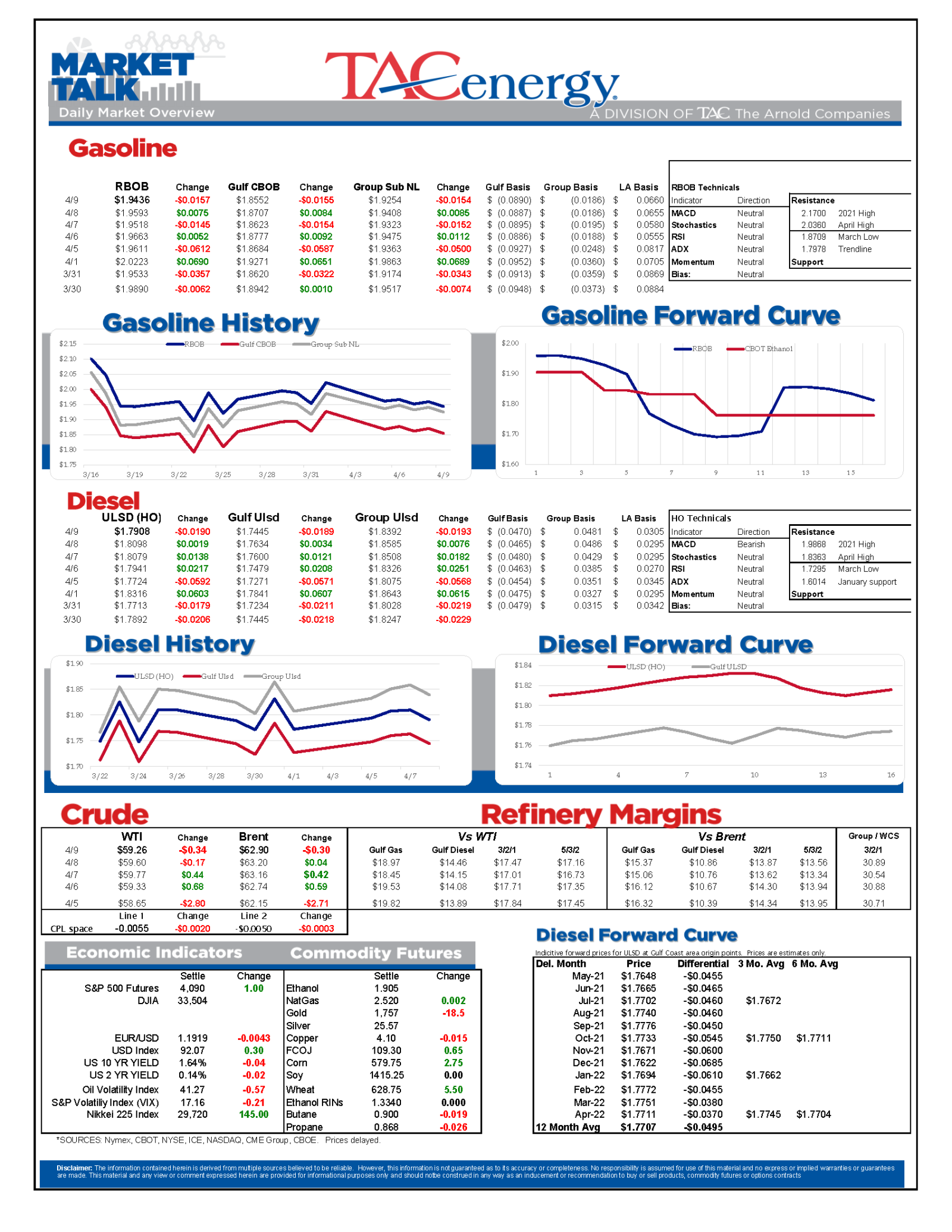 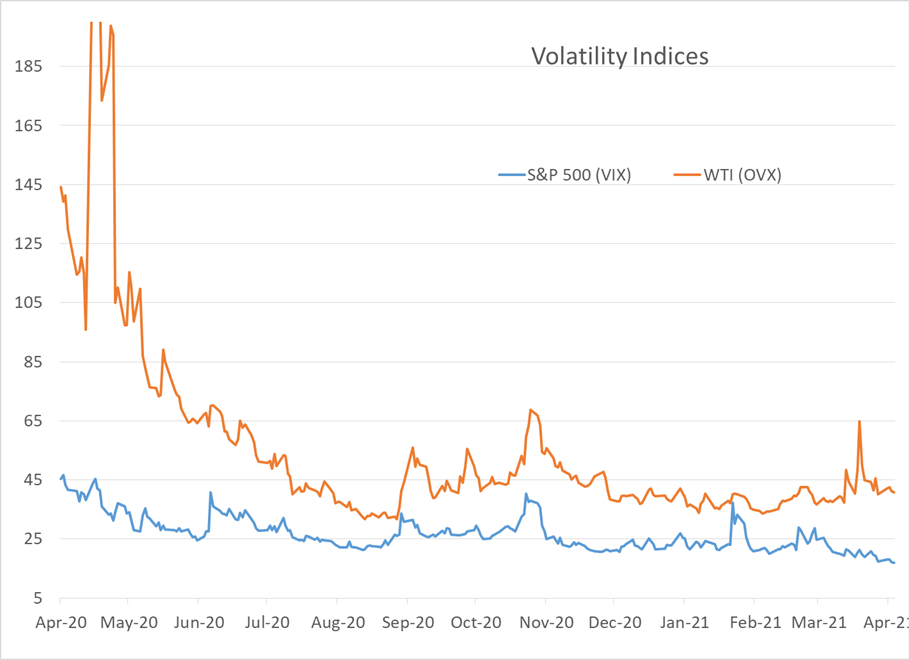 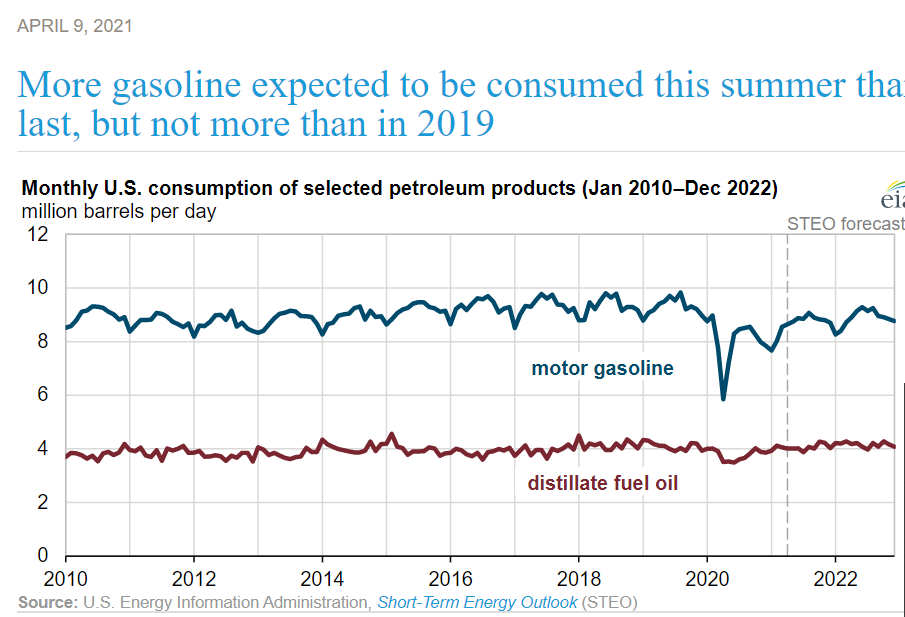