WTI and ULSD futures came close to reaching eight month highs overnight before sellers stepped in, cutting back the gains nearly in half for the day in the past couple of hours. This test of the top end of the trading range that’s held prices since June should be pivotal for price action through the end of year that can’t seem to end fast enough.

Bullish supply data from the API and DOE are getting credit for the early strength, adding to the rally built earlier this week on hopes of a demand recovery once the new vaccine can put COVID economic destruction in the rear-view-mirror.

If the top side of the trading range breaks, there’s an easy 10-20 cents of upside potential for refined products, and we could see WTI pushing towards $50/ barrel in short order. If the chart resistance can continue to repel this rally however, we may be due for another pullback and an extension of the sideways trading.

The DOE/EIA’s monthly Short Term Energy Outlook had much more of the same uncertainty surrounding COVID and its impact on fuel demand and prices. The government’s energy reporting agency (via the company it hires to provide forecasting, that also sells pricing subscription services) was forecasting that Brent crude prices will hover around $40 for the remainder of this year before averaging $47 next year, which suggests the report was written prior to Monday’s vaccine announcement which has Brent already close to $45. One interesting and unusual item noted in this month’s report was the extraordinary put-call ratio in RBOB gasoline for next spring, suggesting that perhaps…“market participants are hedging against a potential continuation of economic effects of COVID-19 into the 2021 summer driving season.”

The report also highlights a big drawdown in distillate inventories, which had their largest monthly decline in nearly a decade. A combination of factors such as refinery downtime both planned for fall turnarounds and unplanned due to storms, along with a higher than normal starting balance and sharp recovery in demand all contributed to those inventory declines. While several regional markets in the Western half of the country are seeing tight rack supplies of diesel as a result of this, overall refinery margins have not yet recovered much and remain at about half of the levels we came to expect pre-COVID.

Eta regained hurricane strength this morning, but its forecasted path has shifted back to the east, and it’s now expected to make landfall north of Tampa tomorrow afternoon. The shift keeps the storm away from oil production and refining assets in the gulf coast, and given its relative lack of strength, it should not be a major supply disrupter, although Tampa Bay port operations may be delayed for a couple of days. The new path also gives the storm yet another chance to reform over open water as it should reach the Atlantic sometime Friday.

Meanwhile, the 30th named storm of the season now has 80% odds of developing in the Caribbean in the next five days. 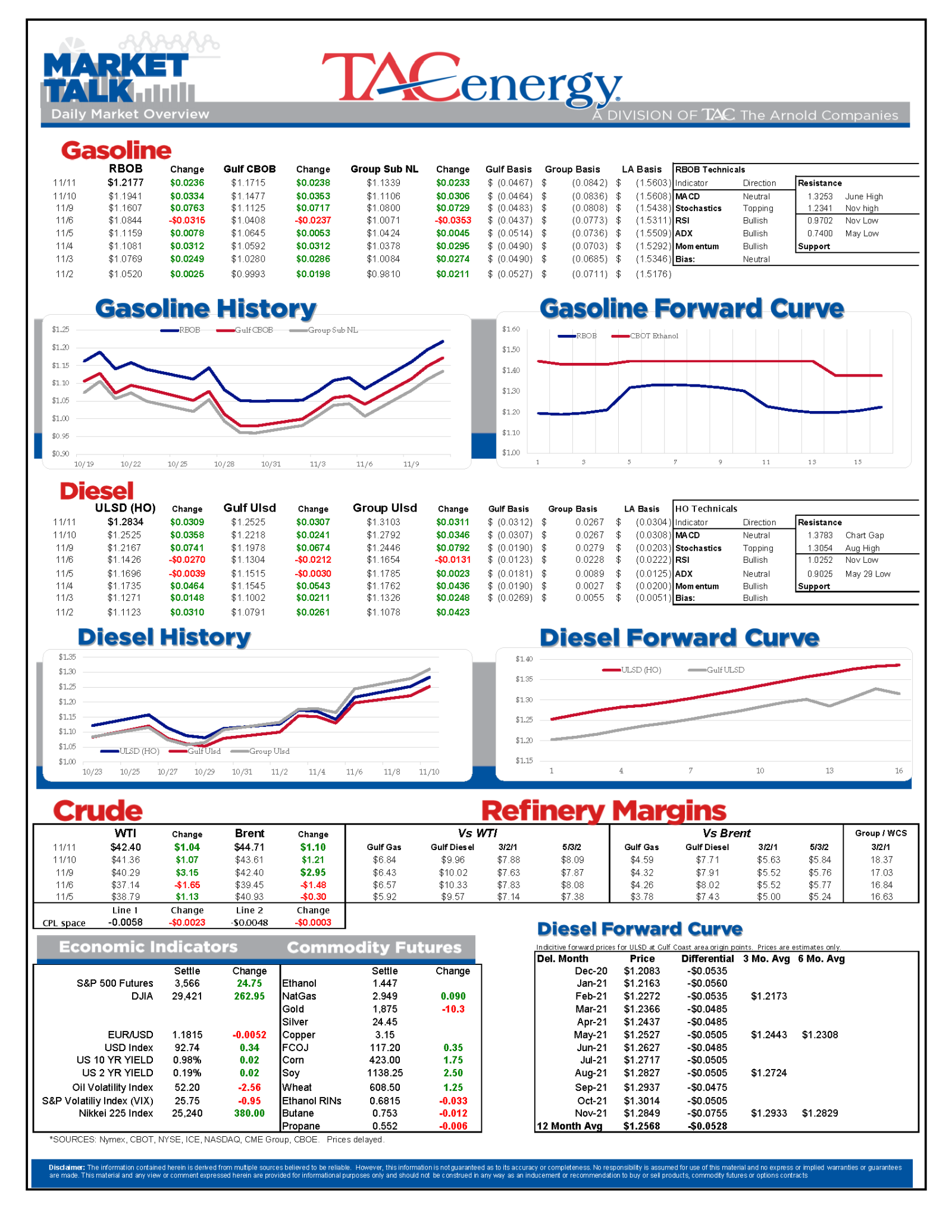 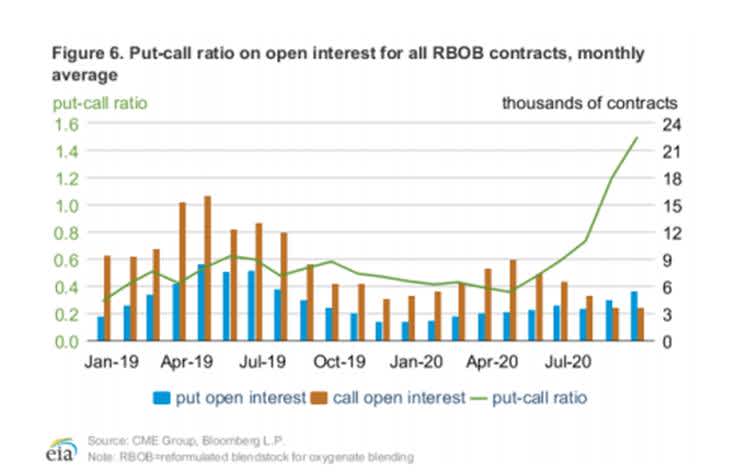 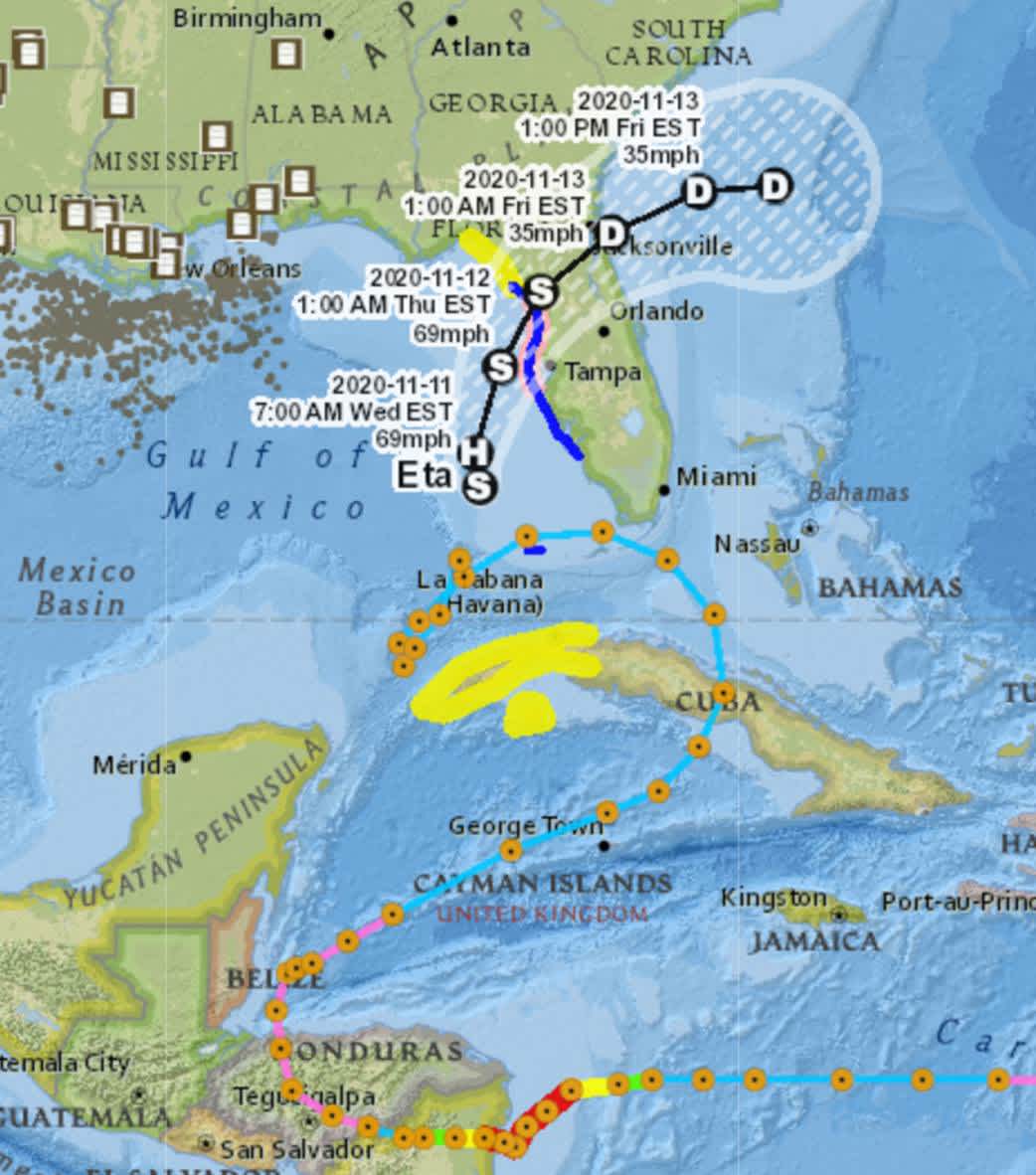