A flurry of headlines on trade deals and output cuts is pushing petroleum prices sharply higher to start the week. Refined products are up more than a nickel at the moment, after trading up nearly 8 cents overnight as both energy and equity markets are finding reasons to rally. Here’s are the highlights:

China & US taking a break from trade tantrums: Bullish economic activity, reduces the risk of recession & the drop in demand that would come with it.

Russia & OPEC agree to extend supply cuts. Bullish…at least until they announce the details, which haven’t been agreed to yet.

Qatar leaving OPEC: Neutral? This could be a bigger story in natural gas markets given Qatar’s status, but for now doesn’t seem as though it will impact supplies.

Canada is imposing temporary output cuts in Alberta: Any output cut is bullish oil prices, but this reaction to pipeline bottlenecks may have more impact on US refinery margins than it does on outright prices as the extreme discounts in WCS has given a huge advantage to any plants with access to those distressed barrels.

New congress, new threats to North American Trade? Neutral for now. It’s impossible to say how the negotiations in congress will turn out. Oil & refined product flows between the US, Mexico and Canada have been increasing over the past decade so the pressure will be high to get a deal done.

Baker Hughes Rig Count: 2 more oil rigs put to work last week, marking a 5th consecutive month of increases. The price drop in the past 2 months suggests we may see rig counts level off or begin to dip early in 2019. Neutral. One consequence of record high US Oil production? Sellers in W. Texas are actually having to pay people to take their natural gas.

Commitment of traders: WTI and RBOB snapped their streak of money manager liquidations (it’s probably no coincidence this happened the same week that both contracts had a weekly gain for the first time in 2 months) while Brent and ULSD continued to see reduced speculative bets on higher prices. Bullish. Fund liquidation was a major theme during the fall sell-off. Now that those large speculators presumably have dry powder, they could easily push prices higher should they choose to begin buying again. 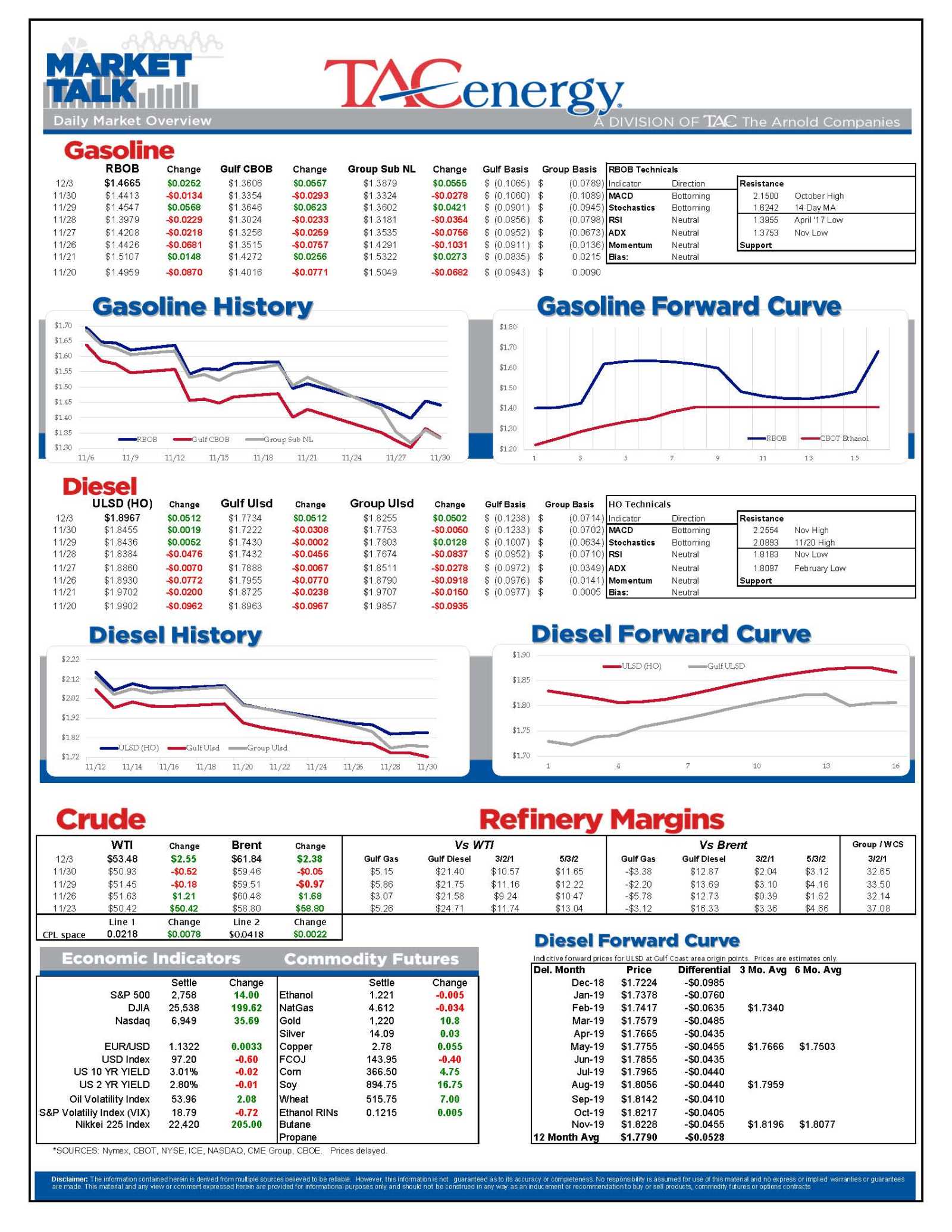 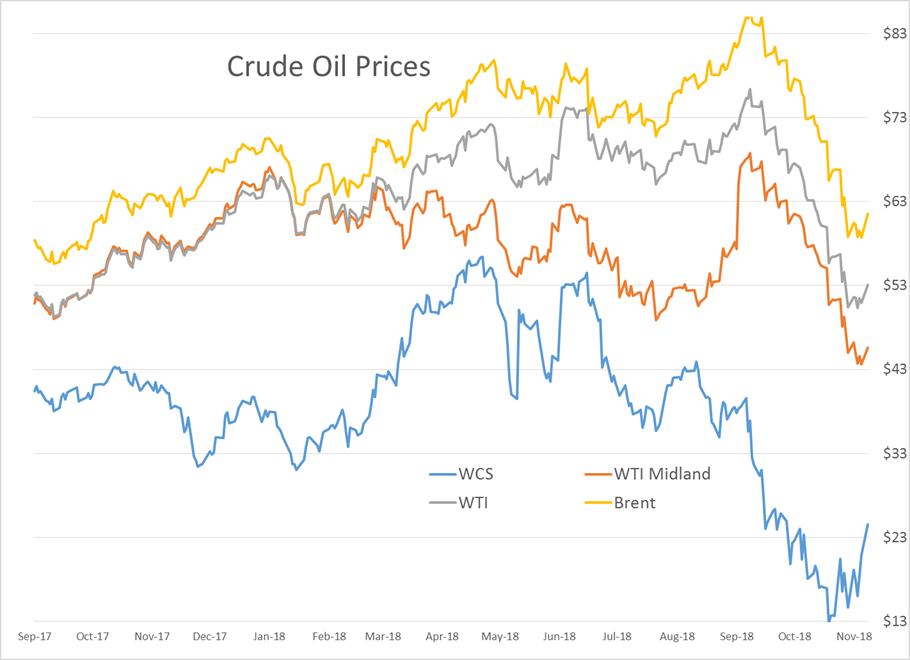 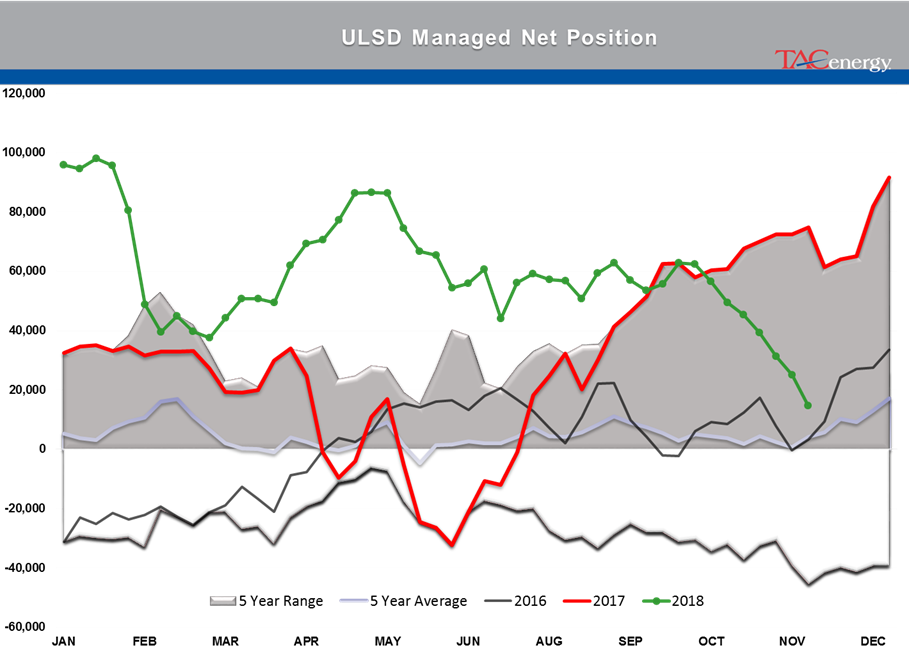