Continued trade disputes between the world’s two largest economic countries weighed on energy prices in a big way Tuesday. RBOB futures lead the way posting over 3.5% losses for the day while WTI and HO trailed behind with ~2% and ~1.5% losses respectively. The downward pressure was aided by reports that OPEC might be losing its grip on member country’s production levels as the cartel’s production reached a 4-month high in August.

The persistence of lower oil prices is starting to take its toll on Saudi Arabia’s economy. Economic growth has stalled for the Kingdom along with its intentionally slowed oil production, a supply adjustment made in a bid for higher oil prices. The global surplus in oil and ongoing economic uncertainty has kept prices low, which could end up decreasing overall investor activity both out of and into Saudi Arabia. Maintained pressure to issue the IPO for its state-run oil company could force Aramco to enter the public market during a time of unfavorable oil prices, which could make things even worse for the Saudi economy.

Hurricane Dorian has made its way halfway up Florida’s east coast without making landfall. Current forecasts have the category 2 storm following the Georgia coastline up to the Carolinas through the end of the week. While the chances of the storm coming aground on the American mainland are still uncertain, flash flooding along Dorian’s path still poses a threat as the storm progresses.

As if it knew we’d flipped our calendars, the Atlantic basin is suddenly bustling with tropical activity. It looks like September will keep its title of most tropically active month with 5 distinct areas of development to watch over the 5 days.

A couple new tropical storm have formed overnight but pose little threat to the States for the foreseeable future. As of now TS Ferdinand will likely dissipate over the next couple days south of the border and TS Gabrielle is set to end its course somewhere in the middle of the Atlantic.

Both the API’s and the EIA’s weekly energy snapshots have been delayed a day due to Labor day. The API is due out this afternoon and the EIA will publish their report tomorrow morning. 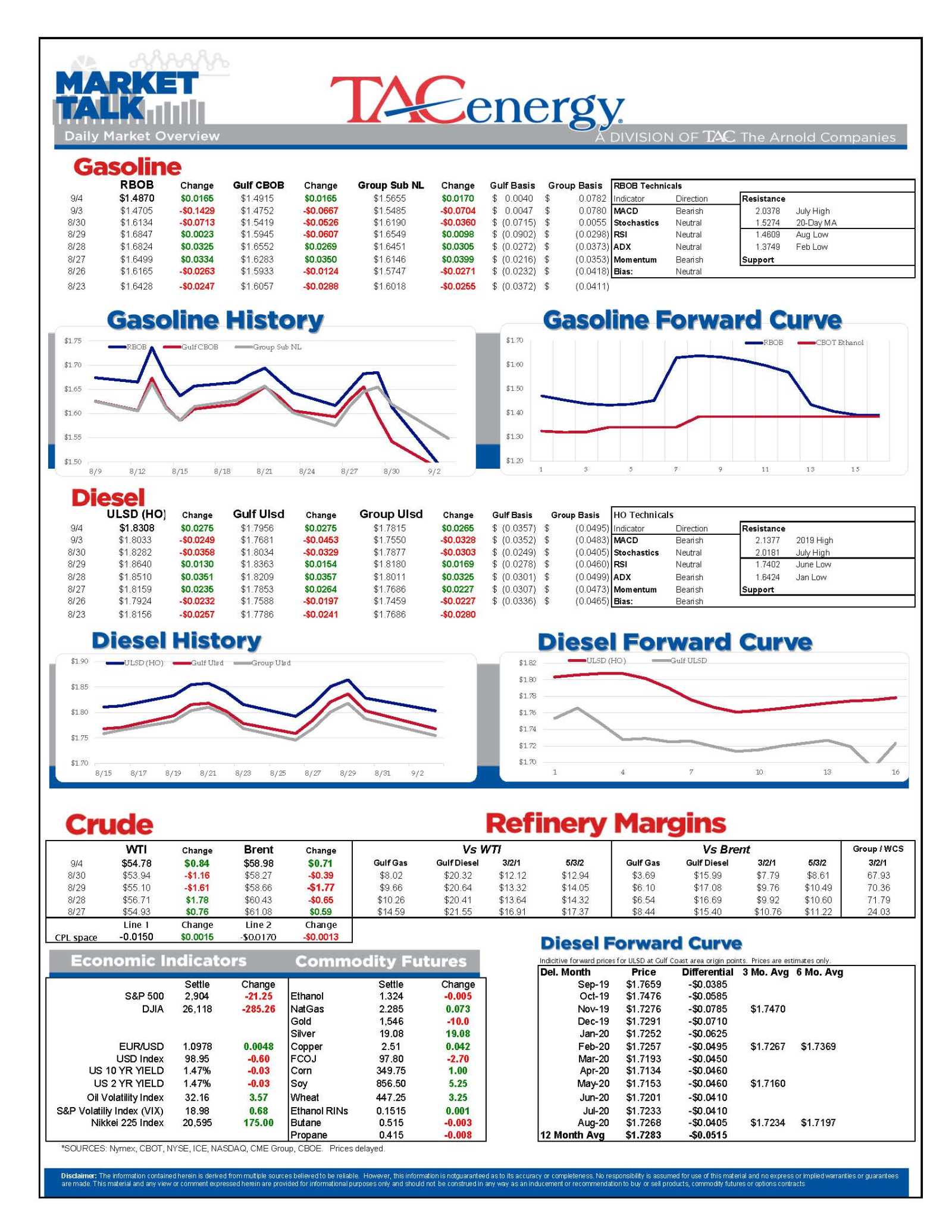 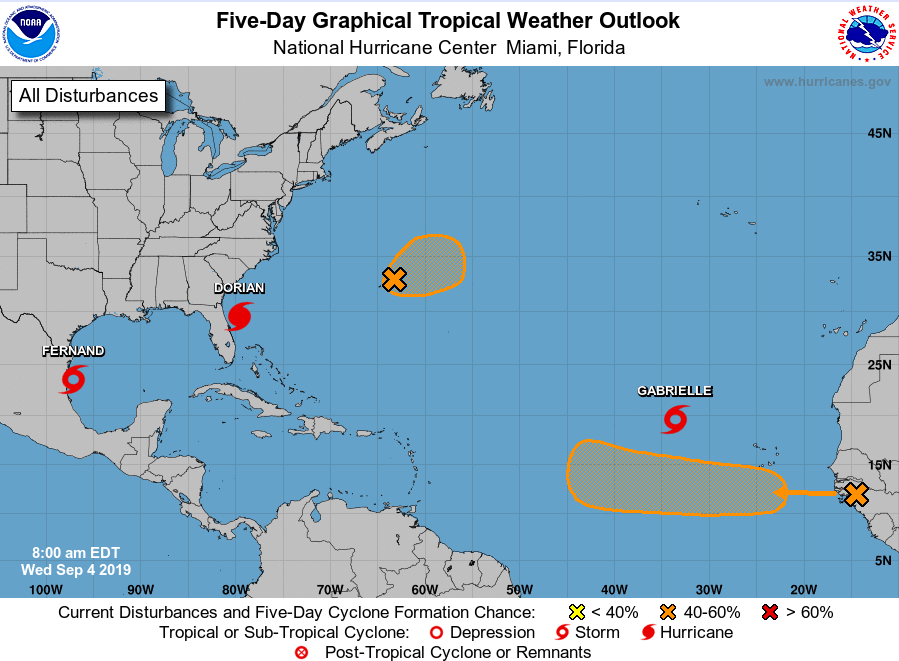 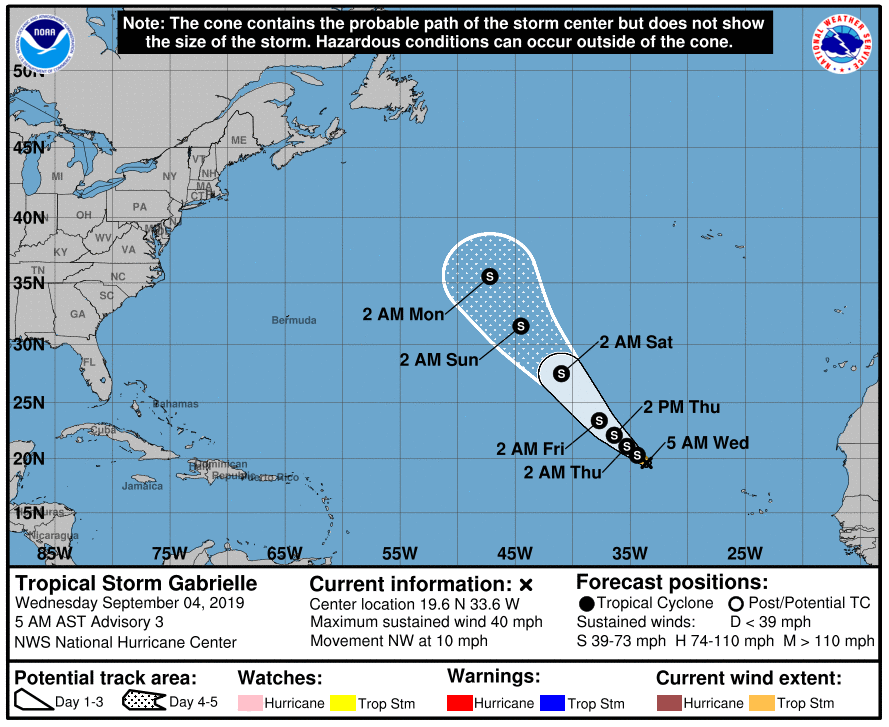