Energy markets are having a hard time figuring out where they’re going as traders struggle to digest the OPEC news and volatility in global equity markets. After wiping out Friday’s OPEC bounce with 3% losses Monday, prices are trying to rally this morning following another snag in Libyan oil production and a recovery bounce in stocks.

Libya was forced to shut in roughly 400,000 barrels/day of oil production as its largest field was closed by protesters and/or attacked by militant tribesman depending on which story you read. For a country still trying to determine who is in charge 7 years after ousting Muammar Gaddafi, there may not be much difference.

US equities managed to recover from a heavy round of selling early Monday with most major indices finishing the day moving higher, and carrying that strength through the overnight session. Easing trade tensions with China and signals that the FED may hold off on more rate increases in 2019 are both getting credit for the bounce.

While liquidation of speculative long bets was inevitable as the fall meltdown began, the past couple of weeks seem to show more speculative short sellers becoming aggressive – particularly in Brent crude and RBOB contracts. As the charts below show, those short sellers have had a rough track record over the past few years, adding large amounts of lower-price bets just before price rally sharply, and may have just picked another bad time just ahead of the OPEC & Friends output cut. 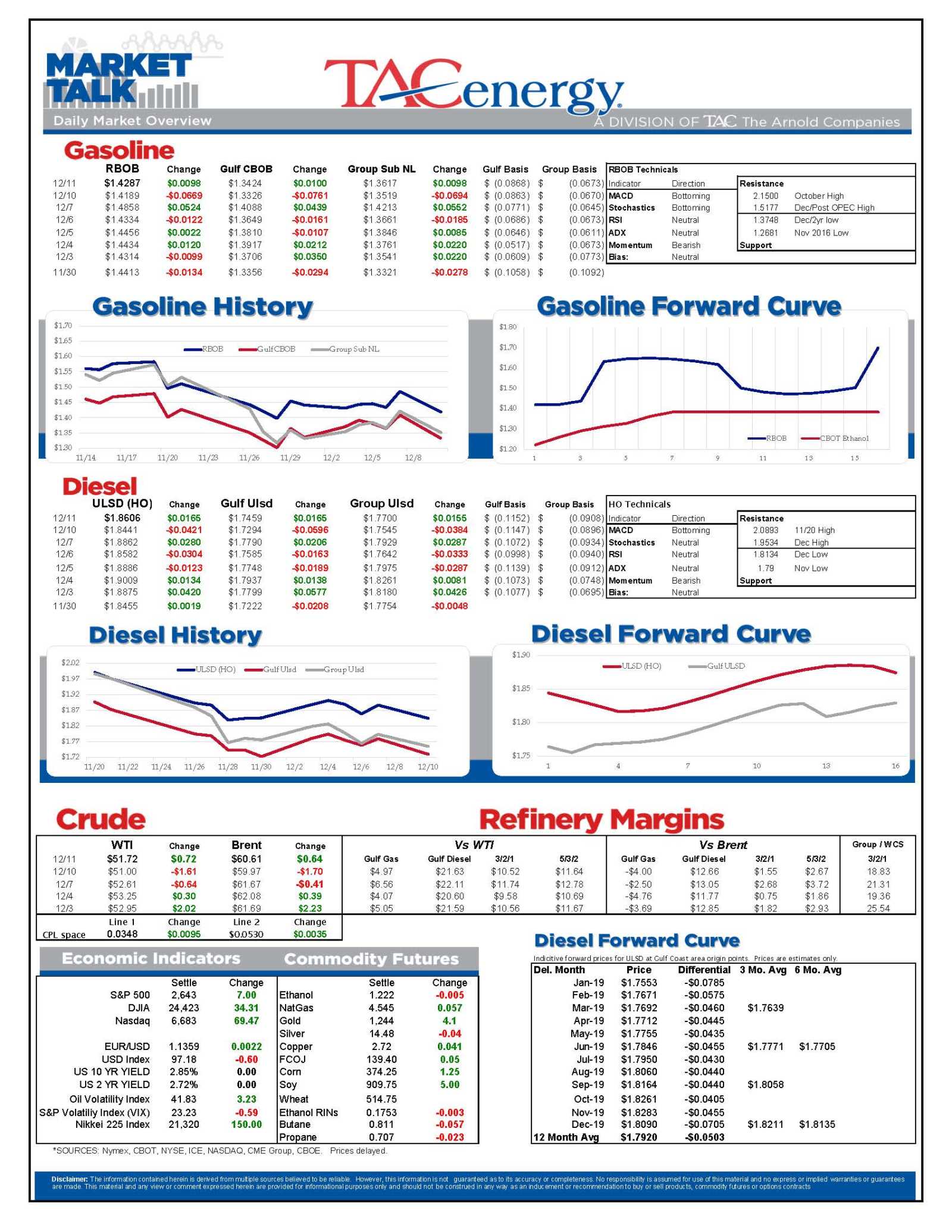 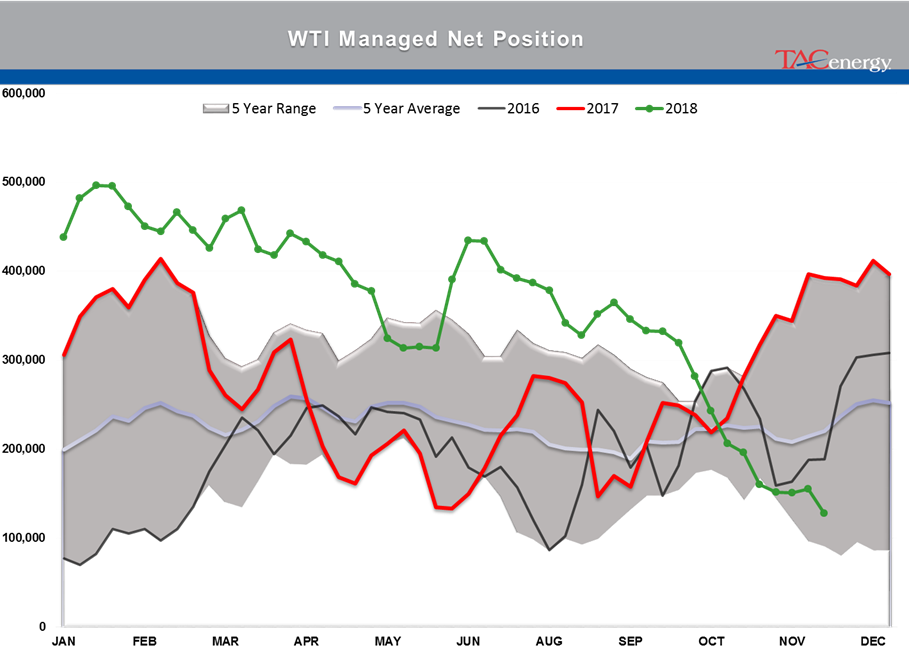 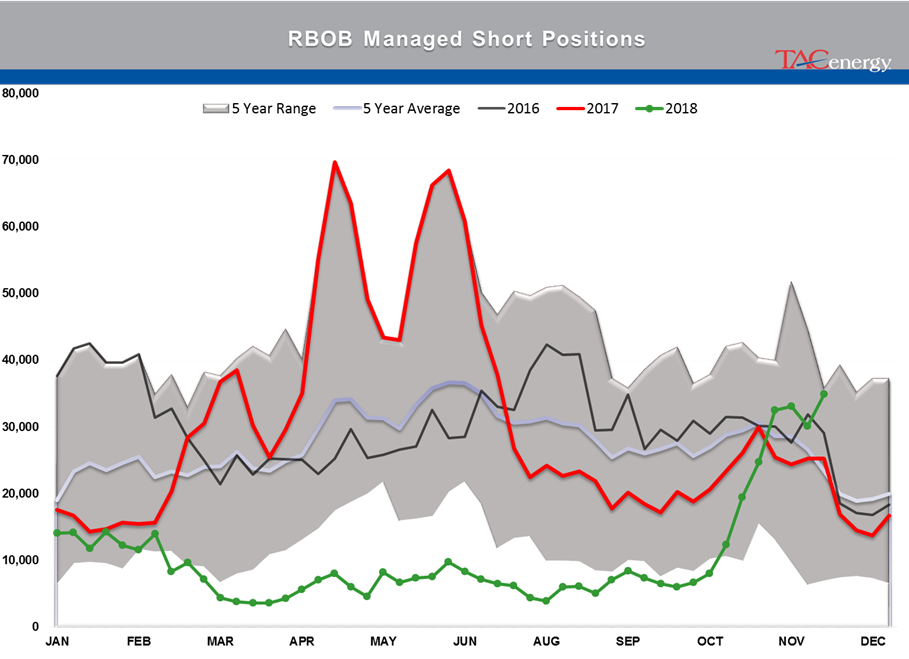