The runaway train known as the May ULSD futures contract continued to smash records and reset charts Thursday, reaching a new all-time high of $5.22, which is more than $1/gallon above the high set in 2008, and 55 cents above the high set earlier in March.

It’s the last trading day for May RBOB and ULSD futures, so for those in the NY Harbor and Group 3 based markets that haven’t already switched over to referencing June futures, you’ll want to be sure to watch the HOM and RBM contracts for direction today.

Usually an expiring contract in a volatile month can bring some fireworks on the last few trading sessions, and we certainly saw that in Thursday’s action with the May contract smashing all-time records and trading $1/gallon above June. Overnight we saw the opposite however as it took more than 12 hours for the first trade in the May HO contract to happen.

With open interest at decade lows as extreme volatility and backwardation (which led the CME group to increase margins this week) appear to be keeping many traders on the sideline, volume should be extremely low today so we could see hardly any trading, but there may be huge price swings if anyone needs to get something done.

The US dollar has surged to a 20 year high this week, as rising interest rates and a flight to safety have international dollars pouring into the us. (So much for those plans to replace the dollar with Yuan…) While obviously that’s not slowing down diesel prices any, the dollar strength could end up slowing the energy rally if it breaks the back of international buyers now facing a double whammy of record high fuel prices and their own currencies devaluing vs the dollar.

Bottom line, prices are simply becoming unaffordable, if supply is available in the first place, which is going to hit demand in a big way.  Anecdotal evidence of this: employees of a major oil company were complaining yesterday about how much it cost them to fill up.  That actually happened.

RIN prices (and your grocery bill) continue to surge as the various edible oils used to make “advanced” biofuels are being hoarded by countries scared about feeding their people.

No surprise that quarterly earnings reports this week are showing huge profits for oil producers and most refiners less than 2 years after the industry was left for dead. Considering that prices didn’t really rally until the 3rd month of the quarter, things are looking even better for Q2, although the inflationary impact of the war is giving plenty of reason for concern further out into the future. 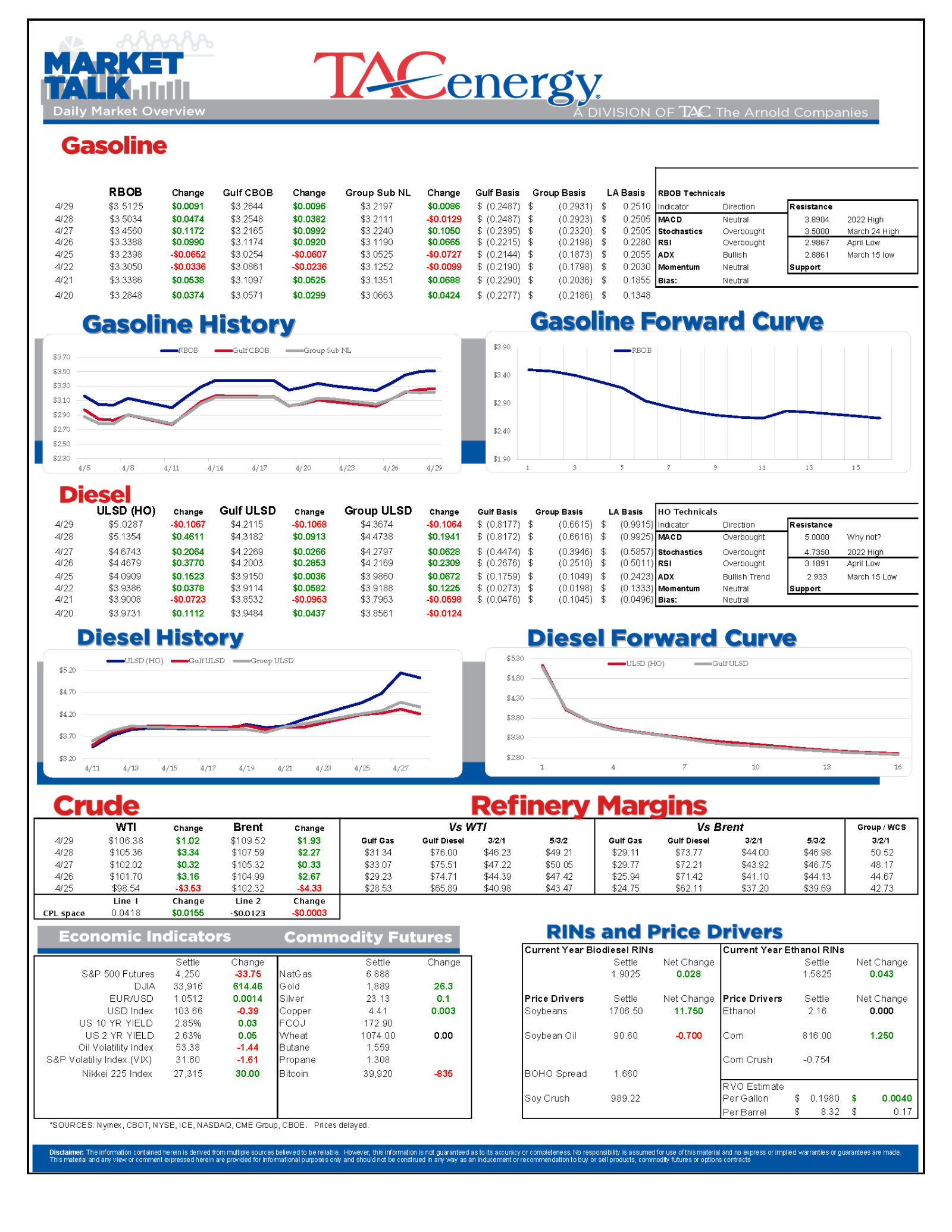 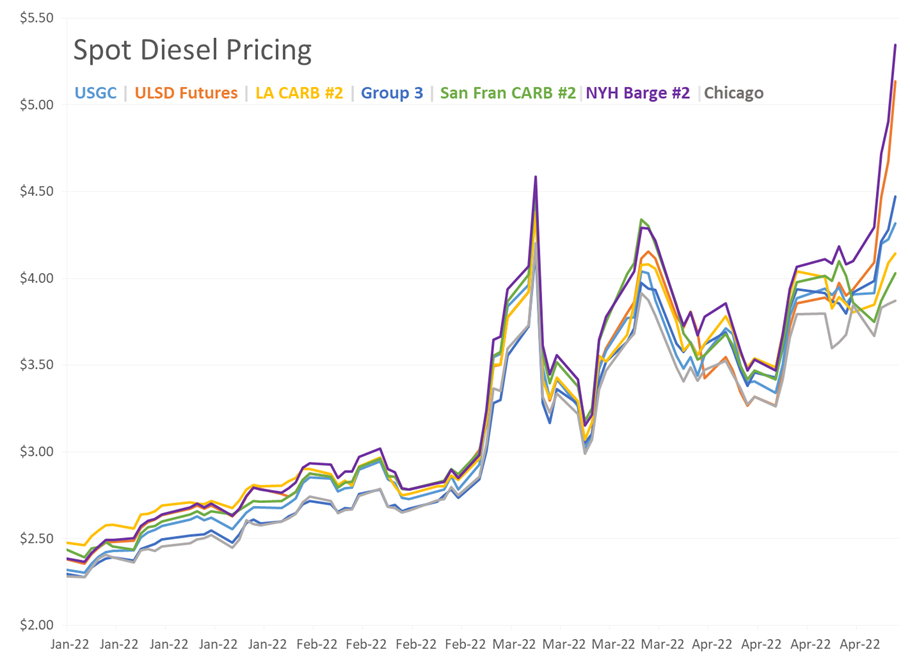 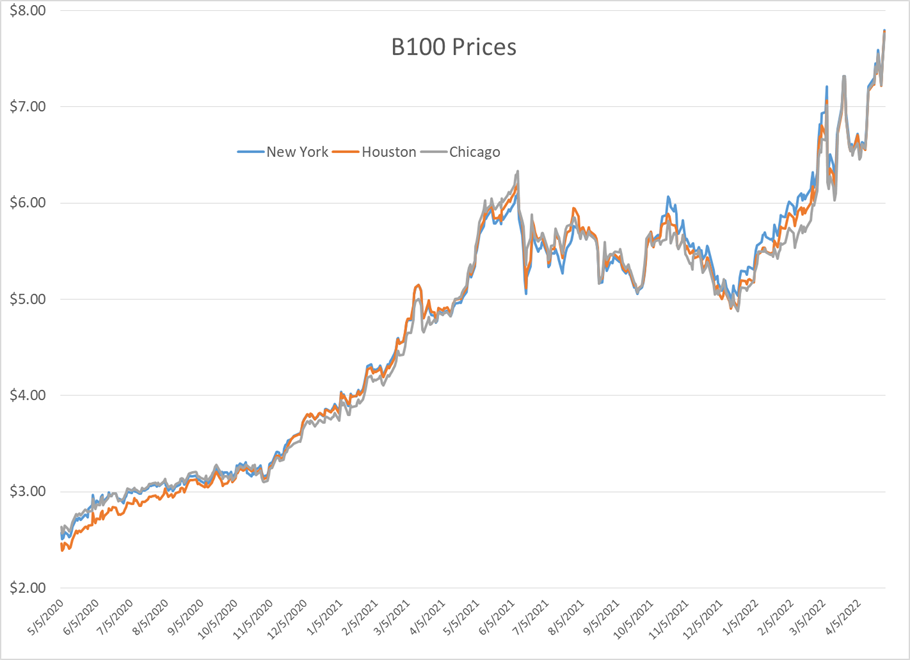