There is more back and forth action for energy markets this week, leaving most contracts stuck in the sideways pattern that’s held them since June. Yesterday, easing supply concerns had energy futures moving lower, and today it appears to be demand optimism that has them trying to rally.

A surge in Chinese trade activity reported for September is giving markets around the world a boost as it sheds an optimistic light on the economic recovery from COVID, even as equity markets are taking a breather after a major vaccine trial hit a speed bump.

Early reports from Lake Charles suggest that both the Citgo and P66 refineries avoided major damage from Delta, and will restart operations within the next couple of weeks. Colonial pipeline confirmed its mainlines were both back in service as of Sunday night, which means we should not see any major supply issues from this storm.

The relative lack of movement in both futures and basis prices compared to previous years when multiple hurricanes hit refining country demonstrates how COVID-related demand destruction has created a substantial buffer for domestic fuel supply.

The IEA published its long term World Energy Outlook, highlighting several scenarios for both COVID recovery and environmental policies and how they’ll impact the supply & demand balance globally. The general theme, as with many IEA reports, is that countries around the world need to do much more to reduce emissions.

An EIA note this morning demonstrates how much worse the global glut of oil supply would be if Iran, Libya and Venezuela weren’t facing huge declines in output. Unplanned outages for crude oil production globally are at their highest level in nearly a decade, primarily due to those three countries, and combined with voluntary run cuts in, are succeeding in rebalancing the world market.

A few notes from the IEA’s World Energy Outlook: 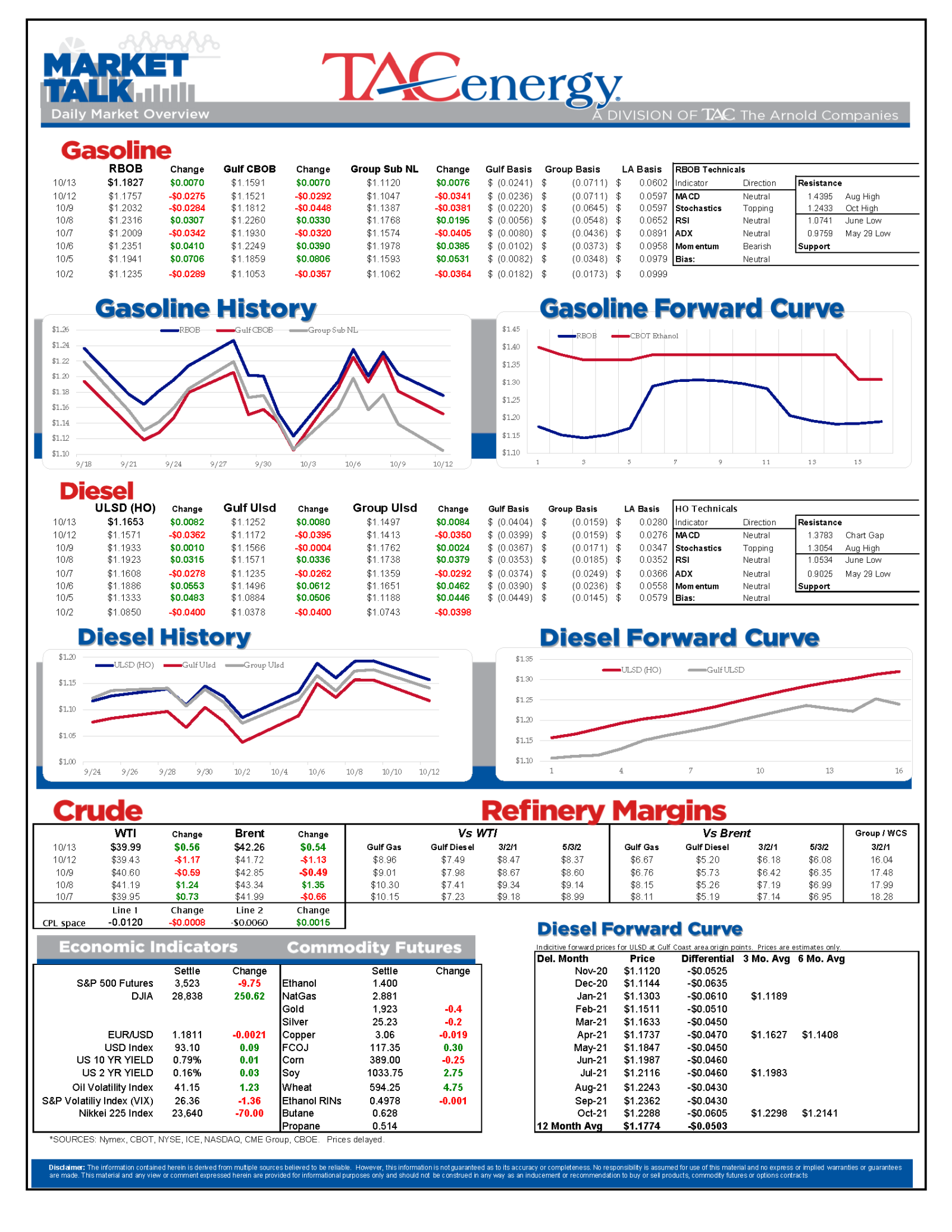 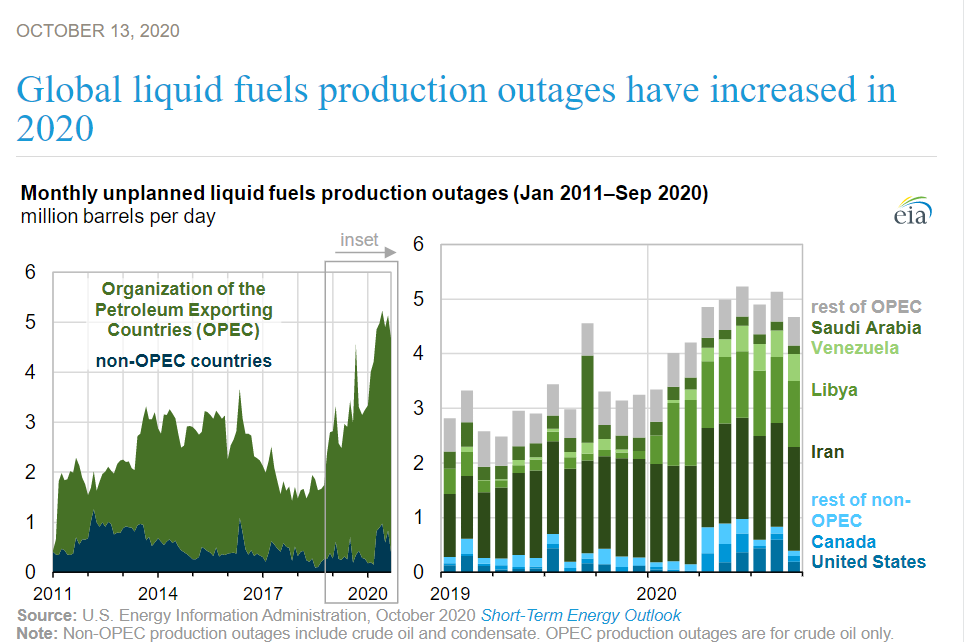