US equity markets have wiped out their black Friday losses, and energy futures are following close behind with both refined products up more than 25 cents off of last week’s lows. While the rally is no doubt impressive, we still need to see RBOB regain the $2.20 mark and ULSD get above $2.30 in order to break the downward sloping trend lines that started 7 weeks ago.  If those levels hold as resistance, than this rally looks more like a short term correction rather than a reversal of the downward trend.

Omicron-who? A new Pfizer study suggests that 3 doses of their vaccine is effective against that strain of the virus, adding to the sense of relief that’s washed over markets this week.  Whether or not that translates into relaxed travel restrictions may be the deciding factor in the sustainability of this rally.

Amidst the huge rally in stocks, energy futures and chaos in some regional supply markets and environmental credits, the normal fundamental data seems to be taking a backseat. The EIA’s short term energy outlook lowered the agencies demand forecast because of Omicron-induced travel restrictions, and set a price forecast for WTI in the low $60s for next year. That report was basically ignored during yesterday’s big rally, and may already be considered obsolete given the optimism for the vaccines’ effectiveness. The API’s weekly report was also largely shrugged off as inventory builds for gasoline and diesel did little to slow the upward momentum, while WTI prices stalled out overnight even though US crude inventories declined.  The DOE’s weekly report is due out at 9:30 central, and we’ll just wait and see if anyone pays attention to it.

It was a wild day in RIN markets as the long overdue RFS proposals from the EPA finally were released, just a year (or two) later than the law says they should be. D6 RINs traded down 15 cents on the day to a 1 year low of $.75/RIN when the rumored numbers came out in the morning, then rallied 30 cents to end the day up 15 cents at $1.05 after the actual Renewable Volume Obligation (RVO) recommendation was released by the EPA.  The actual proposed numbers came in very close to the leaked numbers from back in September, which retroactively changed the 2020 blending mandate lower and reduced the 2021 volumes as well.

Why the big rally then? Along with the proposed volumes, the EPA also proposed to deny more than 60 pending small refinery exemptions (SRE) from the RFS, which according to the table below suggests every single SRE submitted since 2019 is going to be denied, a stark contract to the previous 3 years when most were granted. So what? That means even though the RVO target has been lowered, the actual volumes needing to be blended may still go up. In addition, the EPA raised the 2022 blending obligation, and set the stage for further increases in 2023 and beyond.

It’s worth noting, particularly given the large amount of fake news surrounding this topic, that neither the RVO or SRE proposals are final yet, and there will no doubt be lawsuits challenging both decisions, meaning the industry will continue operating without knowing exactly what the law really is.

The Natural Gas war: After a phone call between the US & Russian Presidents Tuesday, US Officials signaled a plan to force a shutdown of the Nordstream 2 natural gas line that exports Russian natural gas to Europe if there’s an invasion of the Ukraine.  There’s no doubt the Russians know how to play a game of chess, so it will be interesting – if not terrifying for those relying on that supply – to see their response. This event may end up being one for the history books, whether or not the US Excess natural gas supply can help secure Europe’s shortage, or will they continue to prove reliant on an unfriendly neighbor to the East.  Hopefully that’s the only part of this story that ends up in the history books. 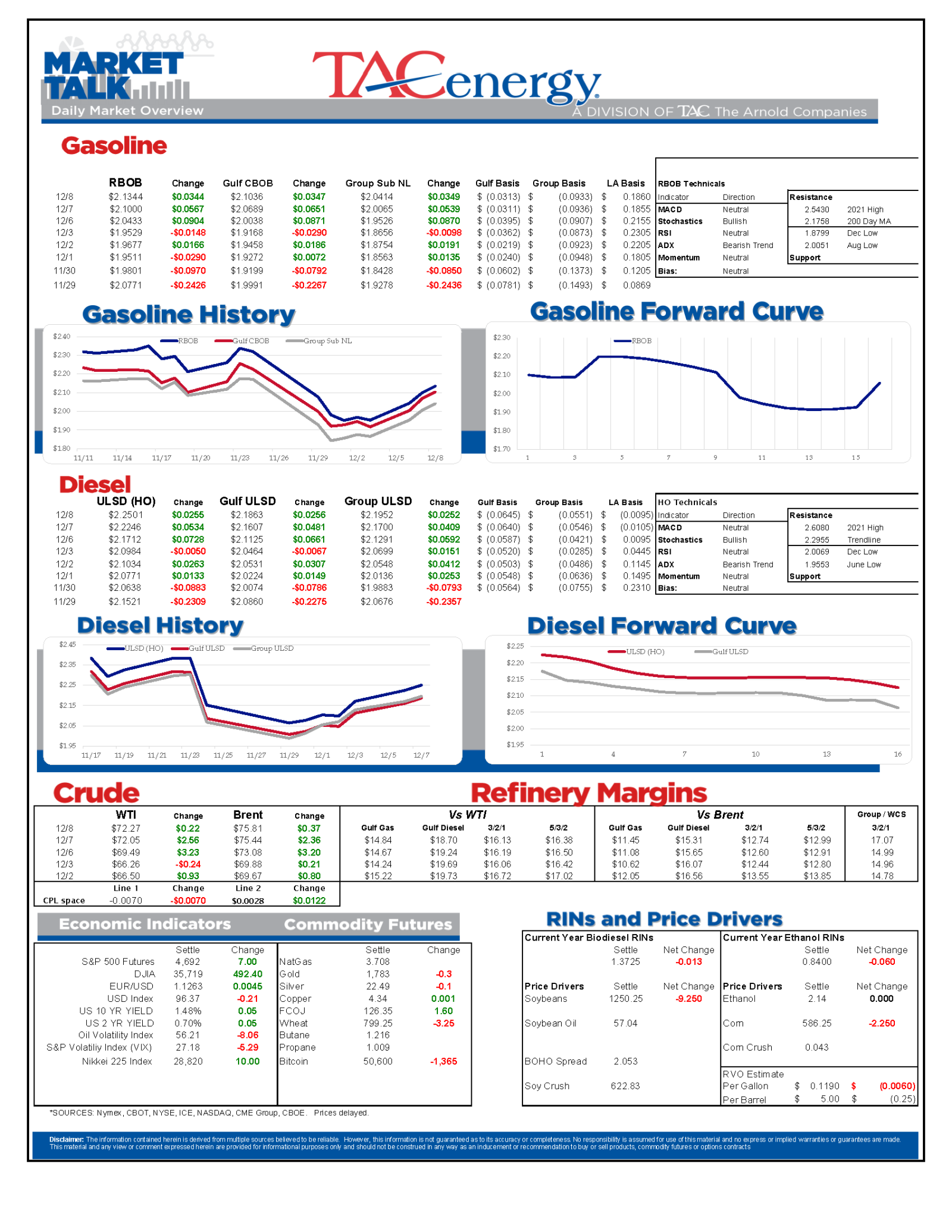 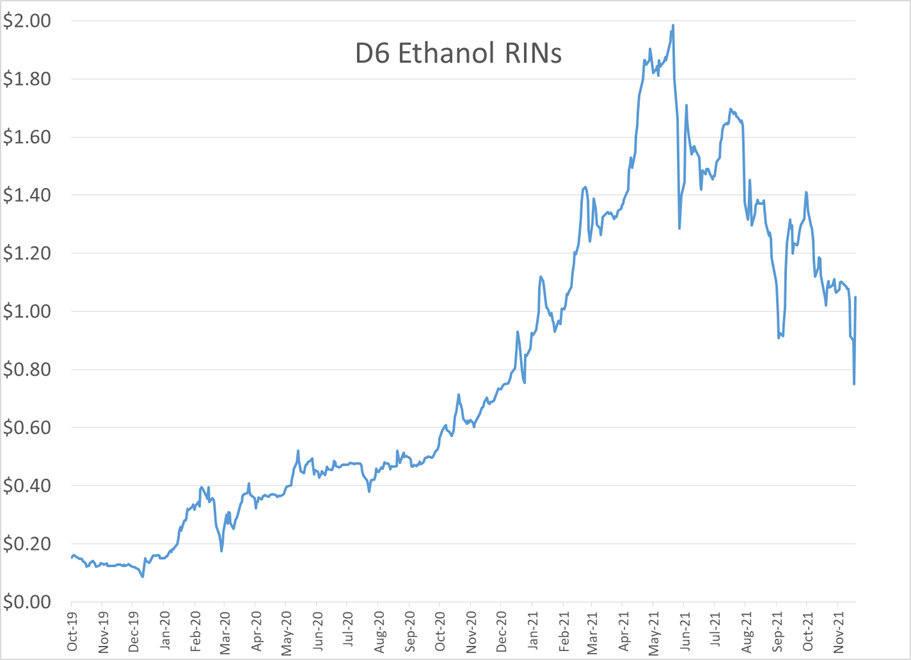 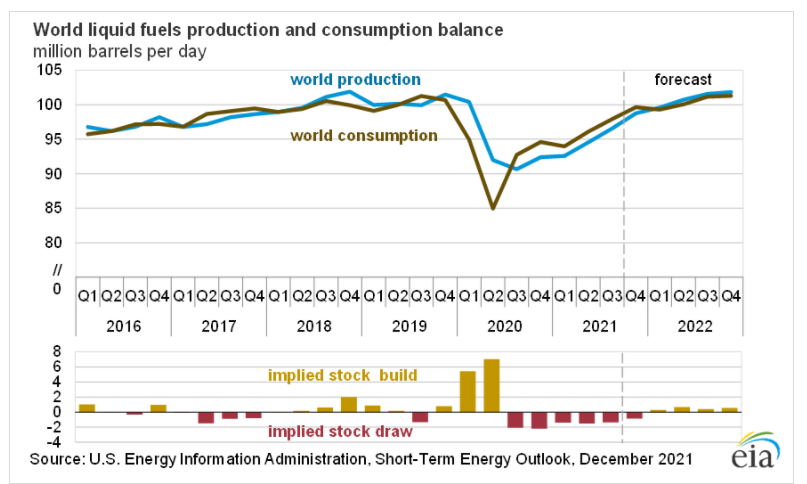