Weak mornings and strong afternoons have been the theme for trading this week as so far all dips have been bought, keeping the upward trends intact for petroleum futures. We’re seeing another soft start this morning, but gasoline prices have already bounced two cents off of their overnight lows, leaving the door open for another late-day rally.

The U.S. dollar is ticking slightly higher and U.S. stocks are pointing modestly lower this morning, both of which are likely weighing on energy prices in the early going while the markets read through the $1.9 trillion stimulus plan announced by the incoming administration. It appears that this first round of stimulus is focused on direct payments, unemployment benefits, vaccine programs and other government aid, while another plan in the works for February will have more focus on green(ish) energy projects.

OPEC’s monthly oil market report focused on the rising prices over the past two months, highlighting the impact of monetary stimulus on the world economy in addition to the fundamental supply/demand improvements behind the rally.  OPEC’s oil output continued to climb in December, let by gains in Libya, Iraq and the UAE. Libya’s production is now up more than 1.1 million barrels/day over the past three months after a cease fire allowed output to resume. Next month we should see a large decline due to the Saudi’s plan to go alone in dropping output by one million barrels/day to allow the market to stabilize.

One common theme in both the OPEC and EIA monthly reports released this week is a cloudy outlook for 2021 demand as the timing and scope of vaccine rollouts remain uncertain, as do new lockdown requirements as we’re seeing this week in China. The OPEC report also shows that as bad as things have been for US refiners this past year, margins are still much worse in Europe, suggesting we could see more closures there before the pandemic ends.

EPA rumors continue to roil the market for RINs, with an announcement Thursday that the agency would extend compliance deadlines but would not approve a long list of pending small refinery waivers sending RIN values up more than a dime on the day after they’d dropped 20 cents from last week’s highs. 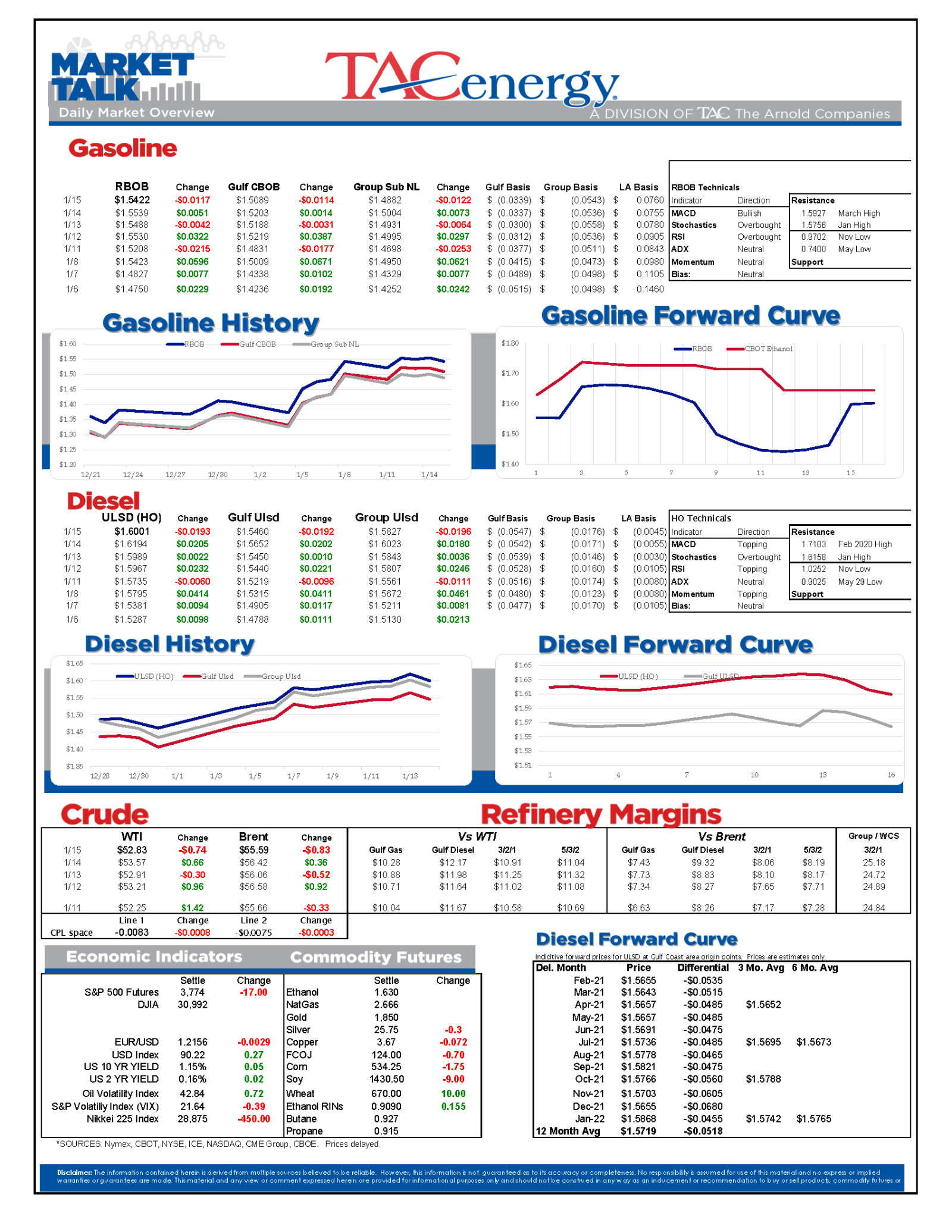 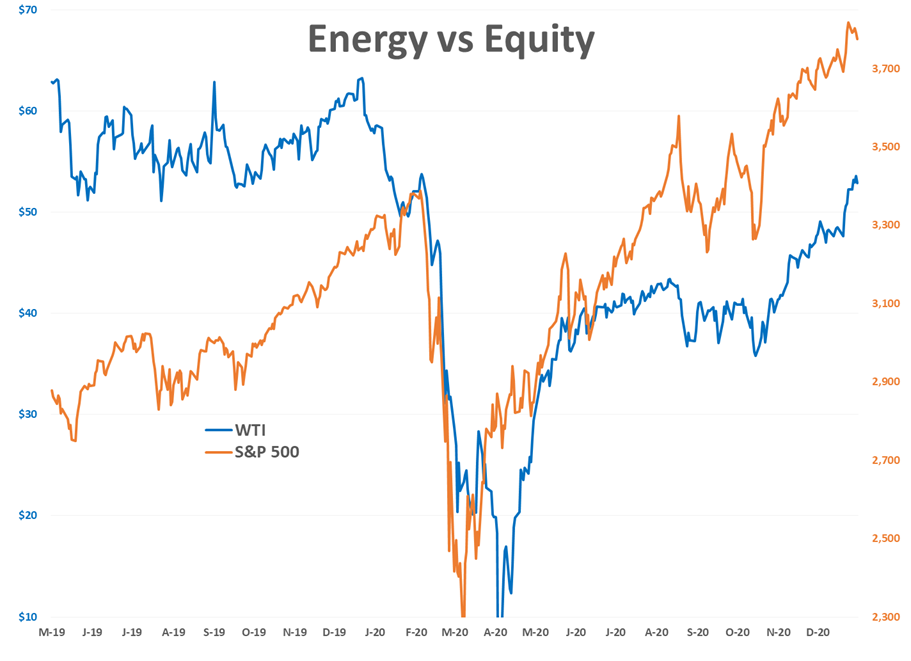 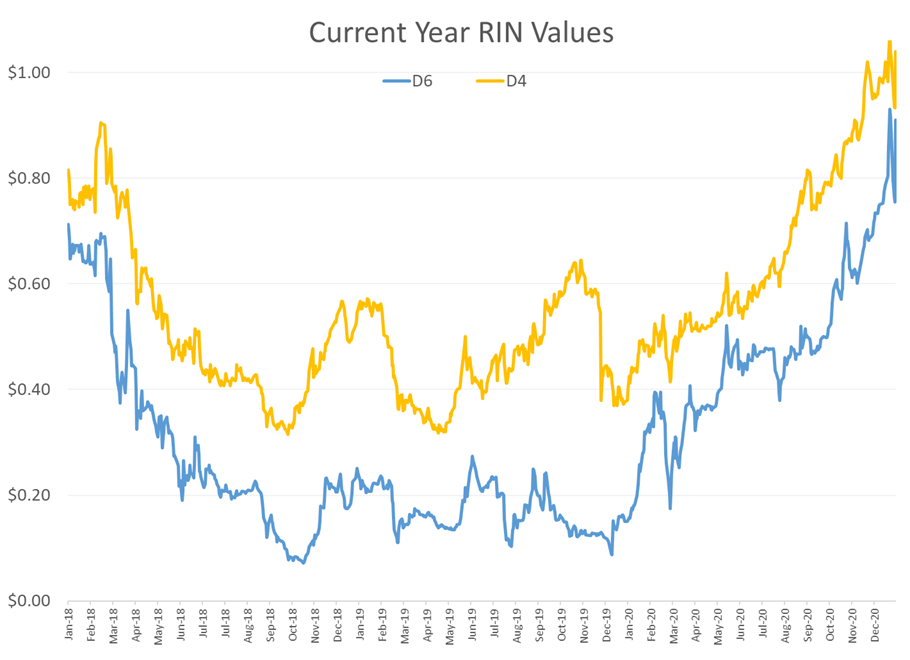