A bumpy and disorganized overnight trading session seems to be a fitting way to start the month of May, as much of the world treads cautiously towards the beginning stages of reopening after six weeks of lock-down. May Day celebrations around the world will keep trading volumes lighter than normal today, adding to the choppy action.

Most energy contracts were selling off overnight only to rally back in the past hour, with June WTI breaking north of the $20 mark for the first time since the Monday melt-down. Refined products are also struggling for direction, with nickel trading ranges in the early going and mixed results across the contracts.

A good lesion in the difference between futures and physical prices: The expiration of the May RBOB and ULSD contracts in the midst of a super contango means the June contracts are trading some seven to 11 cents higher than where May left off, but those values don’t carry over to cash markets which are seeing minimal change so far today. This phenomenon is often misunderstood, and not often talked about since in normal times the calendar spreads in futures are a small fraction of where they are today. Ask anyone who was invested in the U.S. Oil ETF last week if they understand this lesson now.

Small oil companies in the U.S. have been defying the odds for years, outpacing production estimates consistently thanks to new drilling technology. It’s little wonder that these companies are now once again exceeding estimates in their ability to shut-in production faster than expected, which should help alleviate some of the near term storage concerns. There’s a new lifeline for some of these producers as one of several new Federal Reserve lending programs has been opened to the industry this week.

The opposite of a small oil company, ExxonMobil, released earnings this morning, showing a quarterly loss for the first time in years due to a $2.9 billion non-cash write down of inventory values. The statement noted weaker refining margins both in the U.S. and around the world, but its total downstream margins were high thanks to “favorable mark-to-market derivatives and improved manufacturing on lower scheduled maintenance.”

Wondering why May RBOB settled lower Thursday even when prices were higher at the close? Read about the difference in settlement procedures on expiration day here. That will also help explain why gasoline prices are moving lower today, even while a comparison to May’s settlement makes it appear that RBOB futures are sharply higher on the day. April was a month that broke the charts, so it seems fitting to end it with more confusion.

On the day of expiration, the expiring month will settle based on the VWAP of the outright CME Globex trades executed between 14:00:00 and 14:30:00 ET. 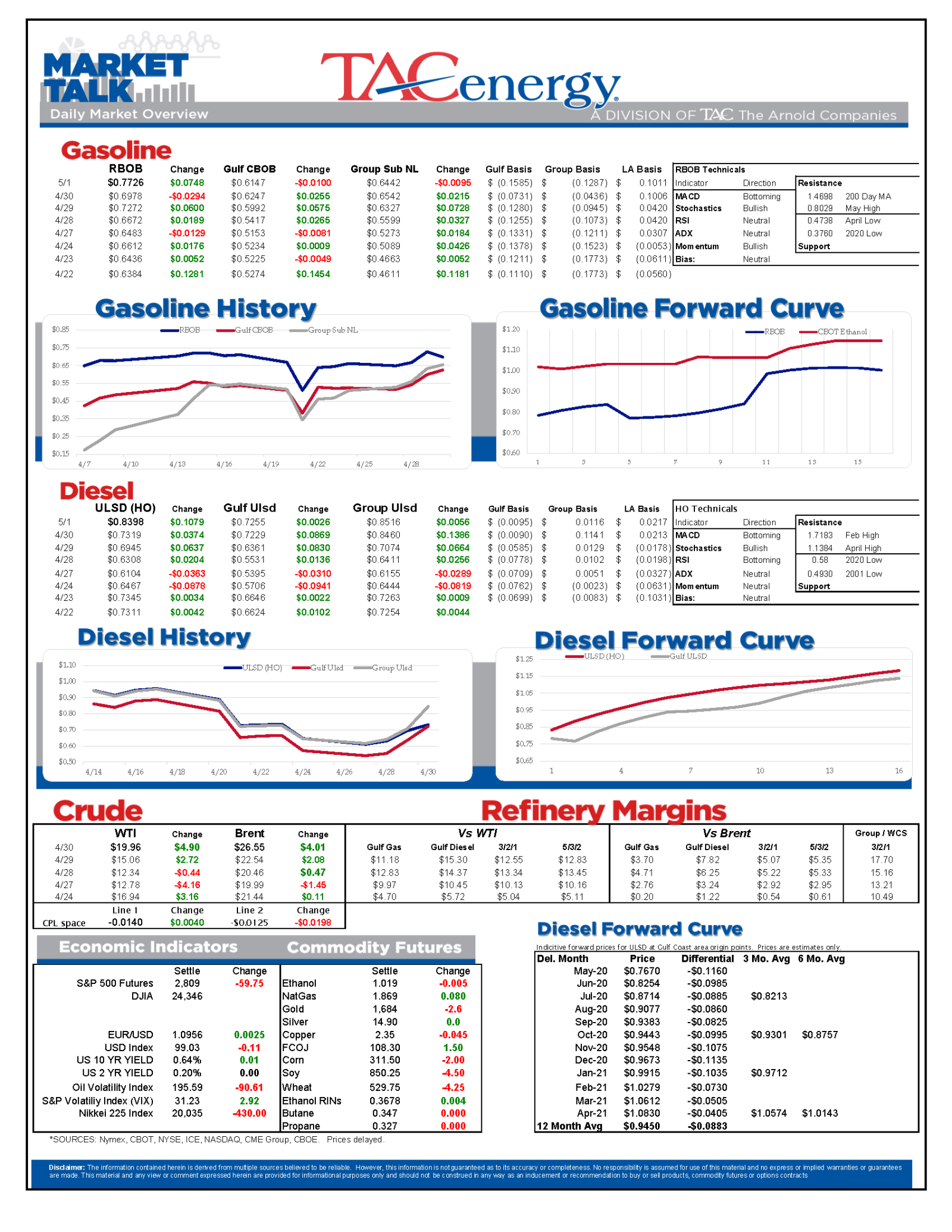 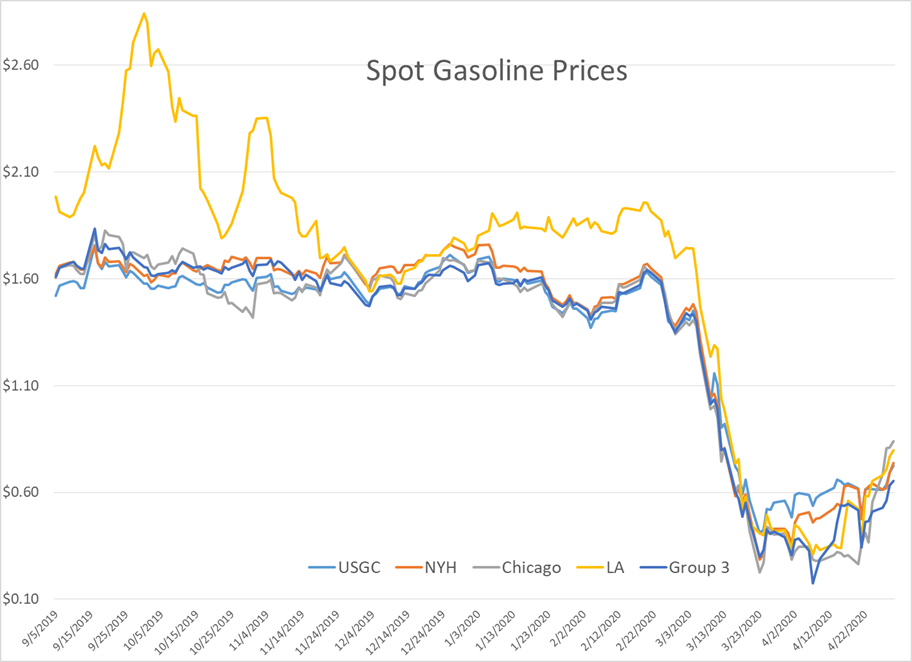 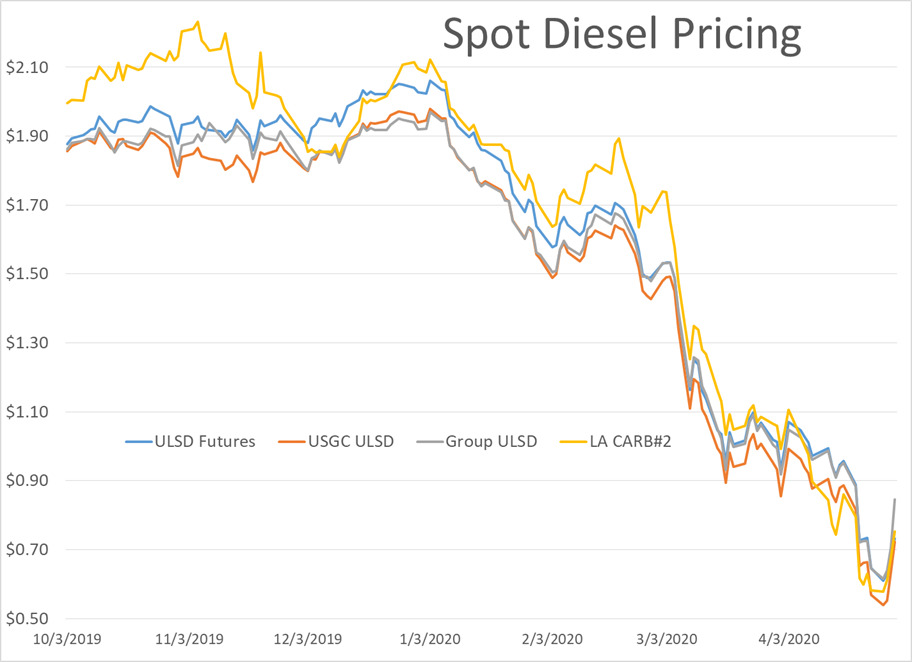