“May you live in interesting times”.

It’s been a wild week for energy markets, and a 5 cent rally to start Thursday’s action is keeping the volatility in full force as a flurry of interesting headlines are stirring markets all over the globe.

Reports that the Saudis are relying on oil imports to meet their customers’ demands were getting credit for the early buying, as those stories suggest the kingdom’s boasts about restoring production may have been more hat than cattle.

Just in the past few minutes reports are circling that Exxon may be forced to shut its Beaumont TX refinery – the 8th largest plant in the US – due to flooding caused by Tropical Storm Imelda. That news took the early morning gains from 3 cents to more than a nickel for refined products. With reports of 2 feet of rain in the Beaumont area, flooding is a serious concern for 3 other large refineries, with that immediate area accounting for 9% of the total US refining capacity. Officially there is no confirmation (yet) of any shutdowns, and no filings of emissions have been made to the TCEQ.

As we begin to move past the peak of hurricane season, there are 3 named storms and 3 more potential systems currently in the Atlantic basin. TS Jerry is expected to become a hurricane tomorrow, but most models continue to keep it out to sea along with Humberto. The other 3 systems are all given low odds of development.

The FOMC did announce a 2nd straight interest rate cut Wednesday, but equities reacted negatively to the news. Reports that the fed was forced to inject funds into the overnight repurchase market for a 2nd day (the first time since the financial crisis they’ve had to do this) has investors on edge despite the accommodative monetary policy as free flows of credit are a lynchpin to the economy.

The most notable data point from the DOE report Wednesday was a decline of 788mb/day of refinery output as fall maintenance appears to be in full swing. There were numerous reports this year that fall maintenance would be slower than normal as refiners moved work up earlier this year when margins were bad, and in anticipation of IMO changes at year end, so the big drop – while consistent seasonally – seemed to catch some off-guard.

While most eyes have been on oil markets this week, RIN values have hit multi-month highs on reports that the White House may have brokered a deal to reallocate some of the gallons waived for small refiners under the RFS. 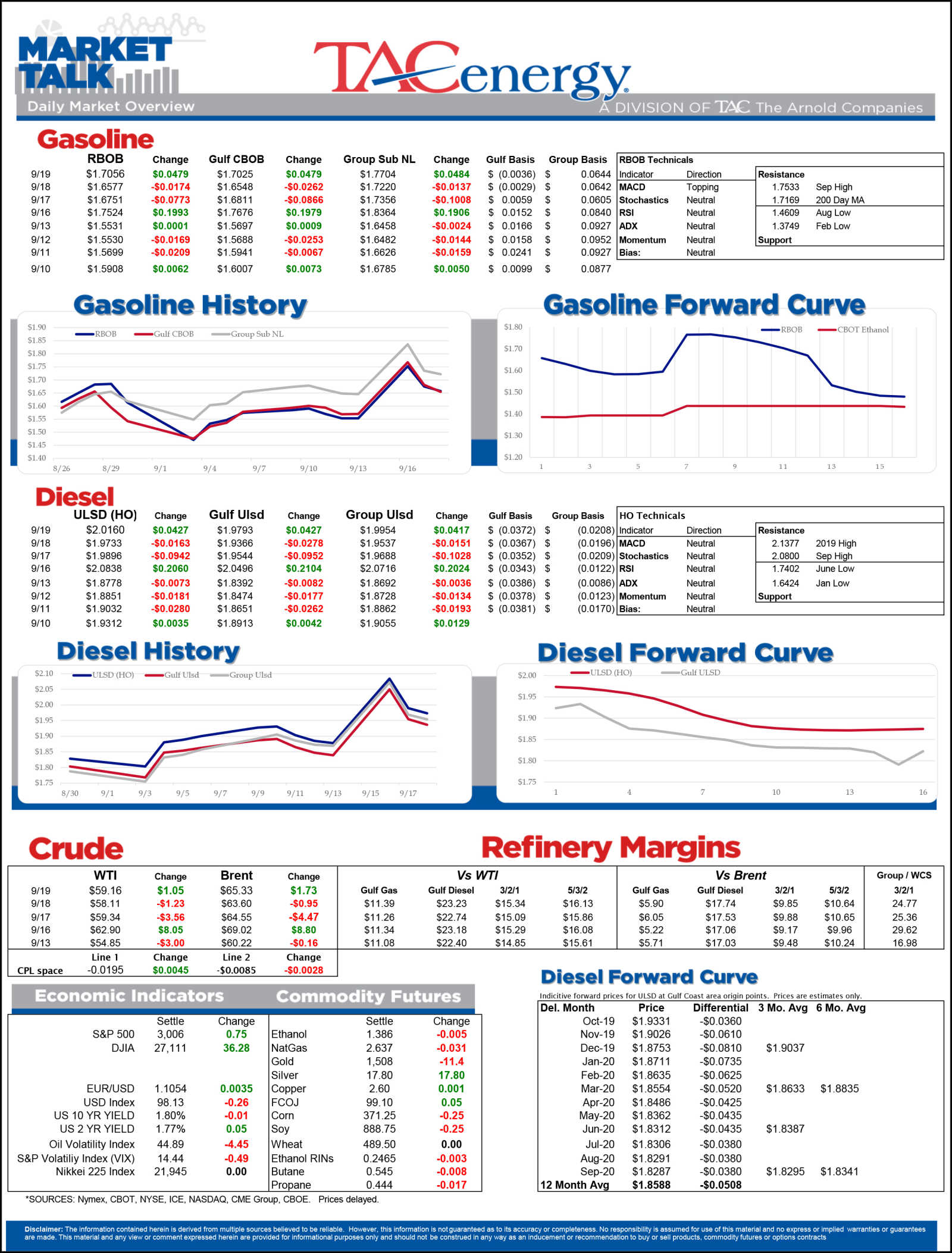 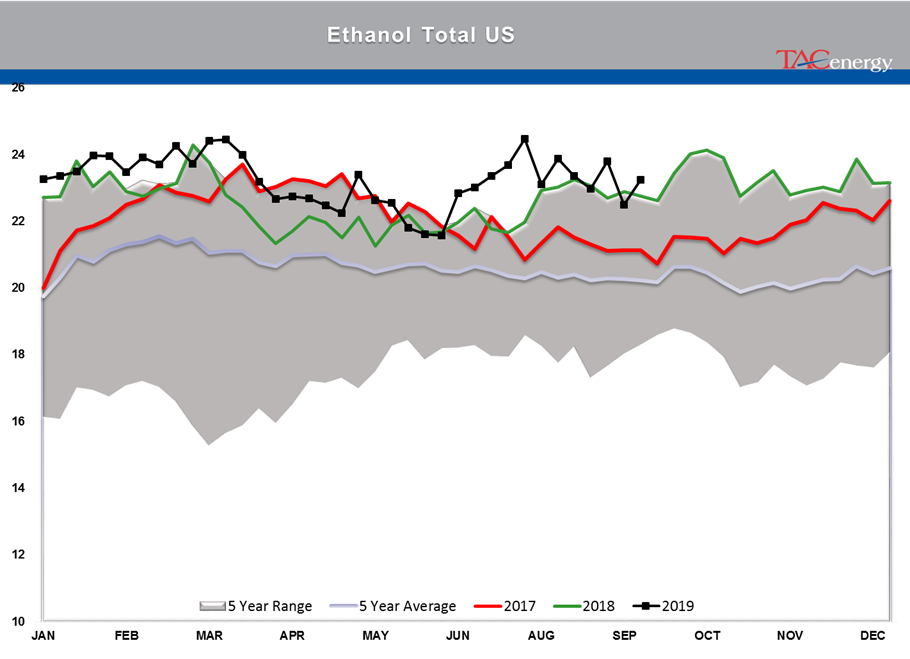