WTI is attempting to lead a move higher in energy futures this morning as falling inventories and Chinese reopening optimism are both getting credit for the early rally after yesterday’s sell-off.

New York Harbor diesel prices continue their fall back to reality dropping another 25 cents Tuesday, and more than 80 cents so far for the week. Time spreads have been falling along with basis differentials, with the June/July spread hitting a 1 month low just above 10 cents/gallon after starting the month north of 40 cents, which eases the pucker factor for shippers dramatically.

The API reported a 5 million barrel draw in gasoline inventories last week, while crude oil stocks declined by 2 million barrels (despite 5 million barrels released from the SPR) and Diesel stocks increased by 1 million barrels. The DOE’s weekly report is due out at its normal time this morning. The price action suggests that the worst of the East Coast diesel crunch is behind us, but we’ll have to see if the inventories are healing after plummeting to all-time lows in the past few weeks.

The US has lifted some sanctions on Venezuela, allowing talks with Chevron and the government to resume discussions over “potential future activities” but does not yet allow for any operations in the country that has more oil reserves than anyone else in the world, and yet has to rely on oil from Iran to keep its refineries operating at all. Long story short, don’t count on Venezuelan crude short term, although long term it could absolutely be part of the solution to replacing Russian oil, and theoretically so could Iran.

The EU is releasing its plan today for how to end its reliance on Russian energy supply …which will take 5 years. This Bloomberg article sheds light on the handful of European refineries that make ditching Russian crude much more complicated. 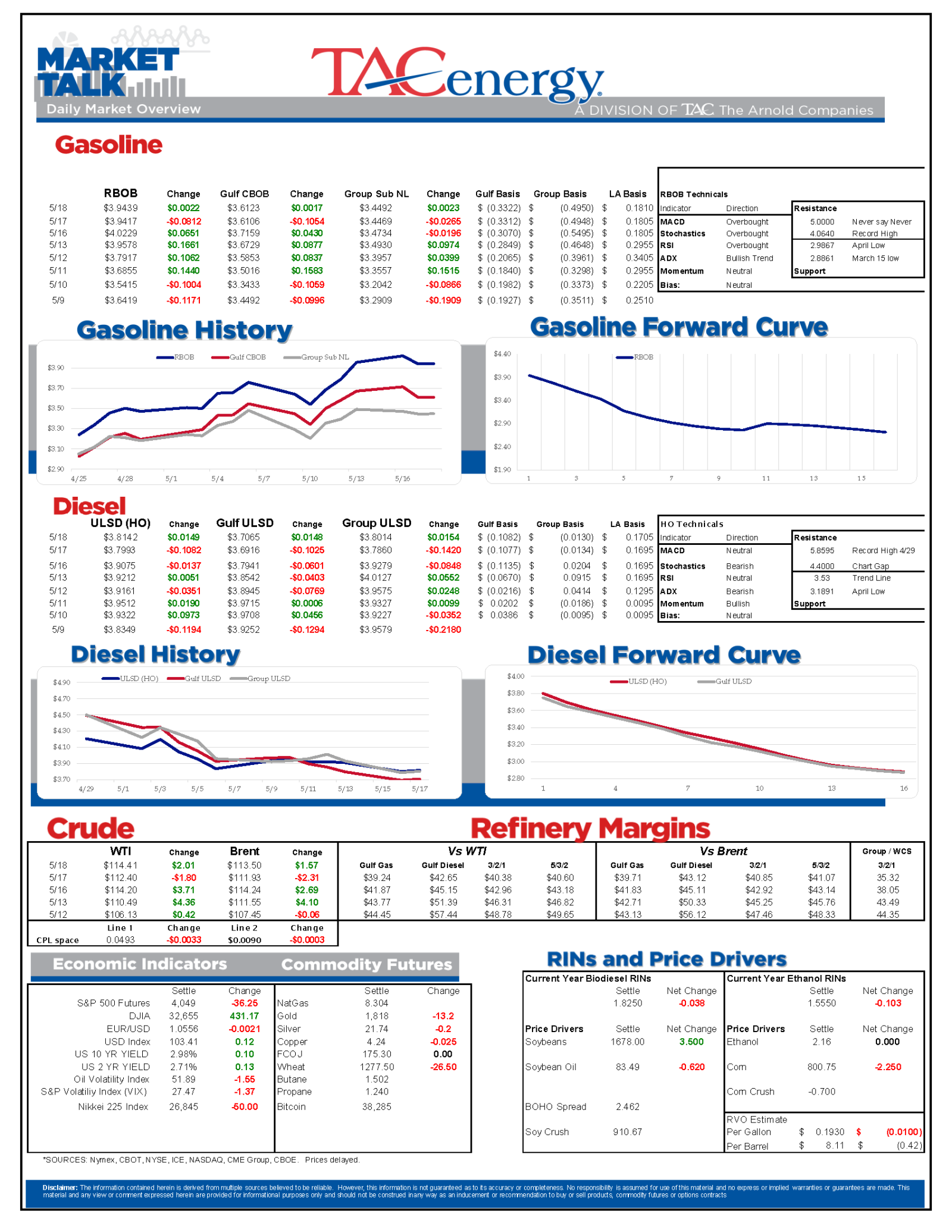 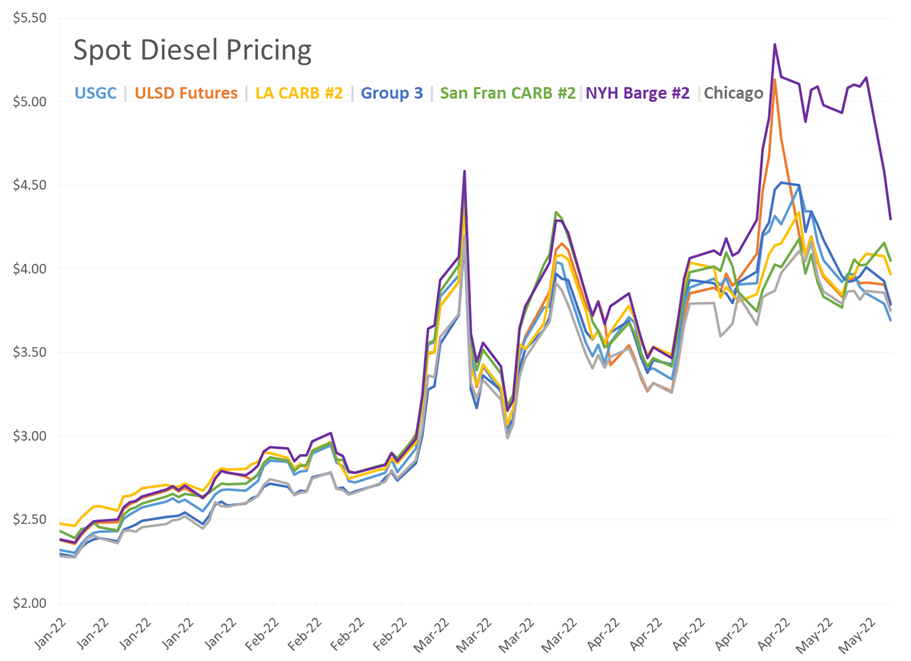 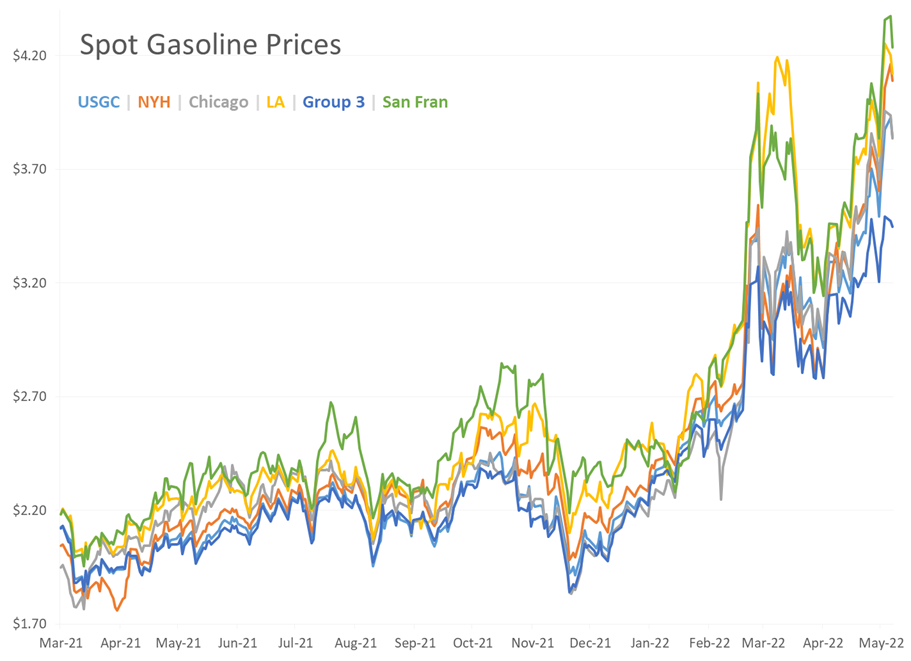