Despite the bearish DOE report, it’s the rise of inflation and the anticipated reaction by the Fed that is taking credit for the recent selloff. The CME Group’s FedWatch tool puts the probability of July’s target interest rate at 2.5-2.75%, which would be a fully percentage point over June’s target rate.

The US President is visiting the crown prince of Saudi Arabia this week on the pretext of discussing the global oil situation. While everyone seems to have an opinion on the meaning behind the meeting, the most anyone can say about its impact on the oil market is it might result in a “token increase in oil production” by the Kingdom.

The prompt month WTI futures contract is down below $95 this morning and is hovering around its 200-day moving average. Some believe it is decision time for the American crude oil benchmark. Breaking the ~$93 level leaves very little technical resistance to keep prices from dropping to $70, but a failure to breach that level leaves the door open for crude prices to jump back above $100 in short order. 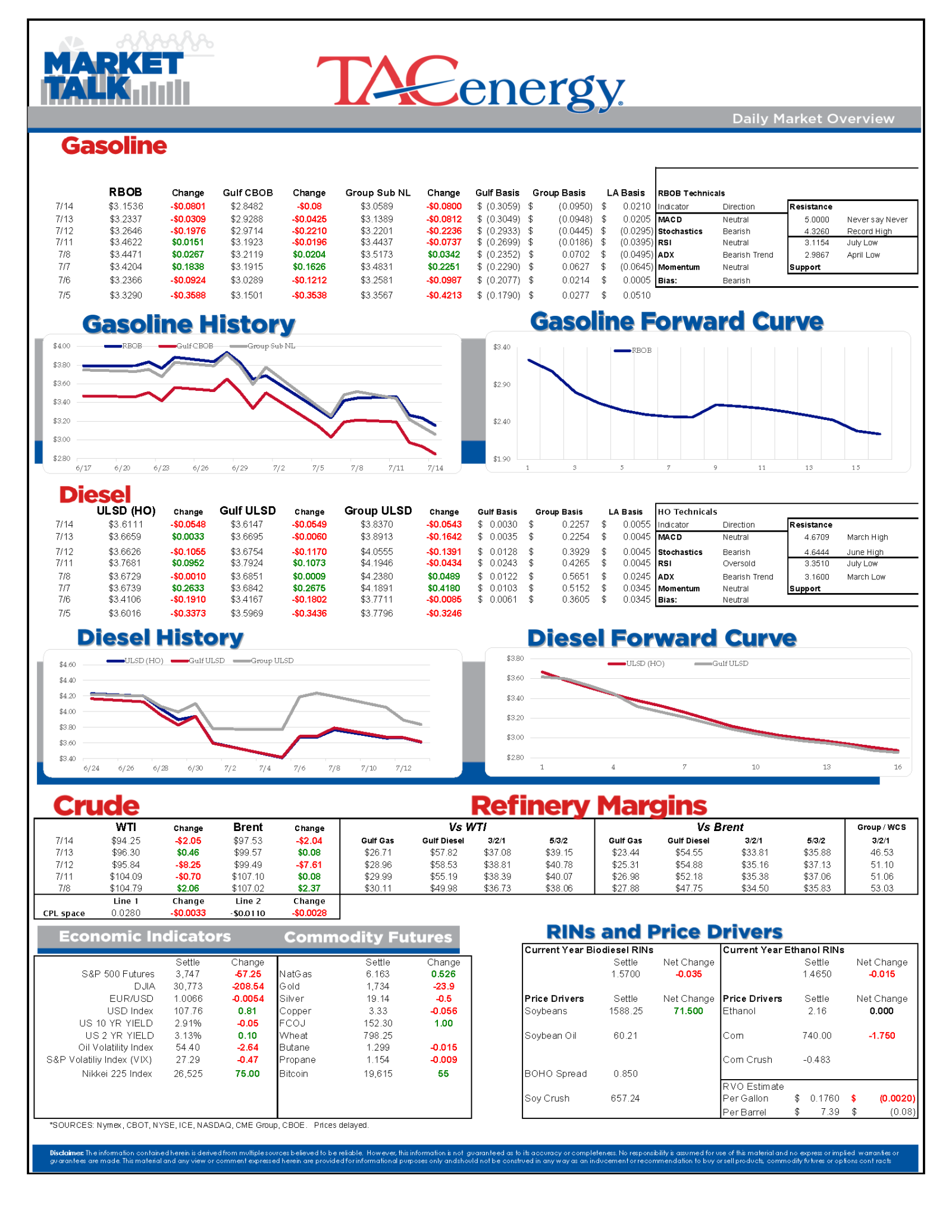 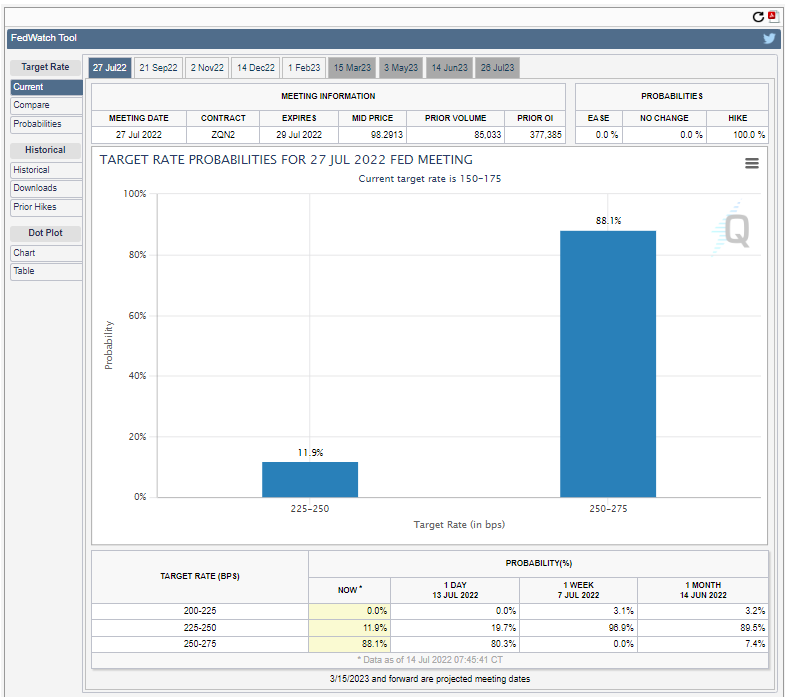